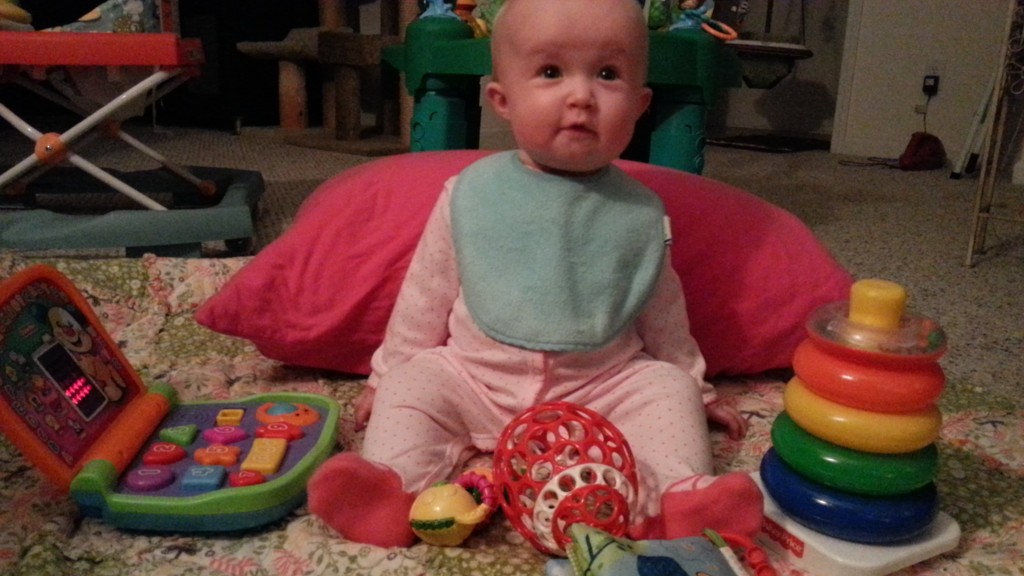 this past week caylin started sleeping full time in her crib, which is huge. and bittersweet, like i expected. and convenient and awesome all at the same time.

my mom had her napping in the crib during the day, but i still had her sleeping with me at night. i mentioned this in another post, but up until christmas, caylin had been sleeping through the night. i don’t know if this is a prolonged growth spurt, or what, but she continues to wake up several times a night to eat. i weighed her this morning, and holy wow, 17 POUNDS. no wonder. i brought her to work with me yesterday afternoon (SPARC had an oyster roast) and wore her in the baby bjorn, and all i kept hearing was, “oh my god, she’s almost as big as you are”. the sad part is, it’s true.

anyway, she’s huge. and she still eats every hour or 2 every night. which was fine when she slept snoodled up with me because even in my zombie-like state, i could roll over, grab another bottle, and feed her. now, we have the baby monitor in the bedroom, which wakes brett up (usually he slept through her feedings), and i have to actually get out of bed. i know, i know. small sacrifice. every woman who has cribbed her baby is rolling her eyes at me like get over it. and i am over it. i truly don’t mind. it is just an adjustment. that and while leaning over the crib to feed her, my arms fall asleep! it’s hard not to lean on the rail when i’m half awake so it happens almost every time.

in all honesty, i have slept more soundly without her next to me (the opposite of how it was when she was smaller, i slept like a ROCK those nights). so has brett (he is enjoying having the space back) but there is something about waking up to her little sighs and squirms and her warm, fuzzy head that just make my heart melt. i miss it so much. 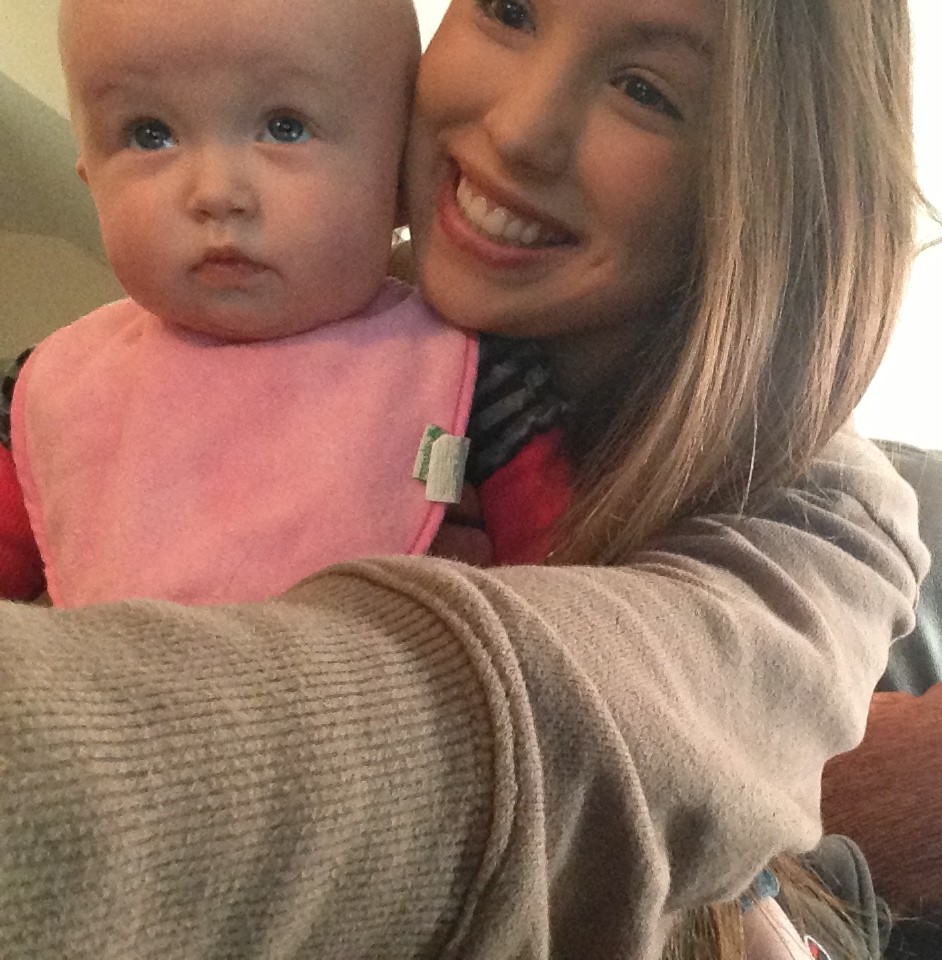 on the flip side, i get to cuddle with my husband again. well, for a little while anyway. we’re not cuddly sleepers! the only real “issue” with co-sleeping with your baby, in my opinion, is the fact that your sex life has to totally and literally be rearranged. which isn’t necessarily a bad thing (sorry to any family reading this). i realize i just put it all out there, you guys, but these are real things and it’s true! so for the last week, it’s been kind of weird to be going up to bed with that in mind. we have OUR room back. we have OUR bed back. we have US back. you never realize what little things impact your relationship and/or marriage until you return to normal, and you think to yourself, wow, this is weird. when 5 and a half months ago it was the norm. i hate saying it feels like “relief”, when i never felt pressured to let caylin sleep with me in the first place (it was my choice, after all), but i guess that’s the best word to describe it.

another other awesome part? caylin gets to sleep next to a giant (to her), fuzzy, pink narwhal, beneath a rainbow blanket and a plush cheeseburger. i don’t know about you, but i’m borderline jealous. 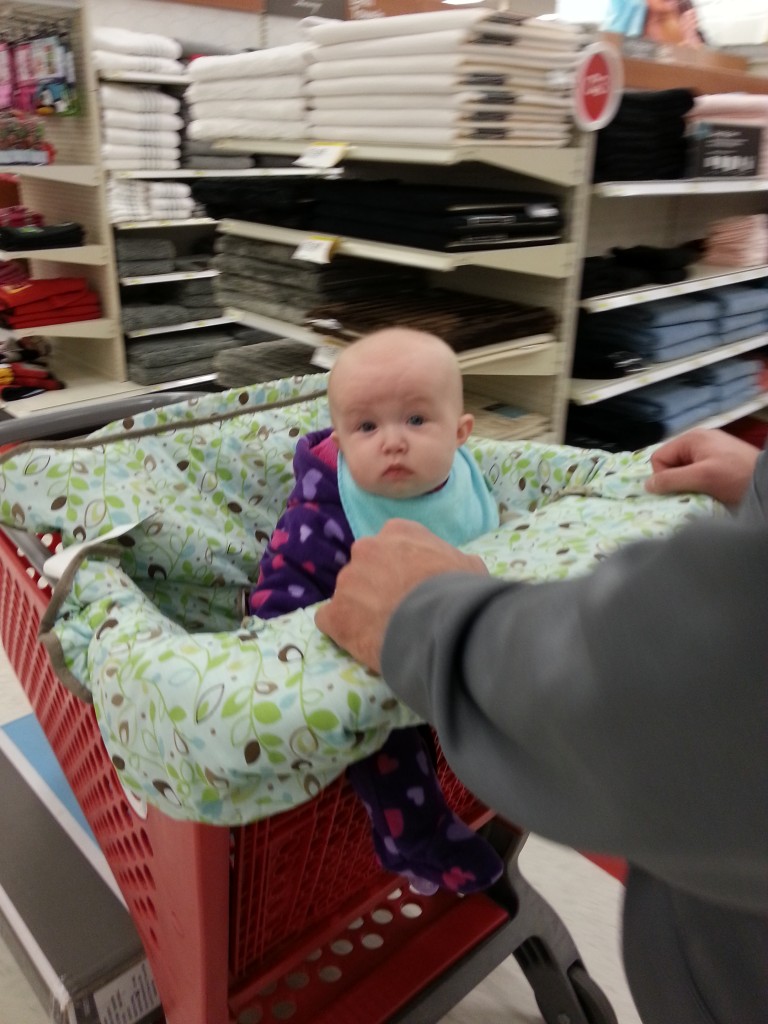 brett and i took her to target today. it was a crappy day outside and i wanted to look for a little red wagon to pull her around the neighborhood in. i also wanted to take her just because it’s so much more fun now that she can ride around in the shopping cart instead of having to wear her (my back can’t take much more). and she looks freaking adorable in the cart, staring at everyone and everything (even in the above photo where she looks miserable, she was already worn out from shopping!). they were all out of radio flyer wagons so we opted for one of those little baby walkers on wheels (not bad for $30) and some other little toys. when we got home, she was exhausted. she stayed awake just long enough to unwrap her new toys and then throw them in sleepless frustration. the crazy part was, both times i put her to bed since then, she drank her whole bottle without a peep, i put her pacifier in, she looked up at me, eyes wide open (which is usually when i realize that the next half hour is going to SUCK, more than likely, getting her to sleep), turned her head to the side, and went to sleep. just like that. in my mind, that was her way of saying thank you for all her new toys. awesome saturday surprise. 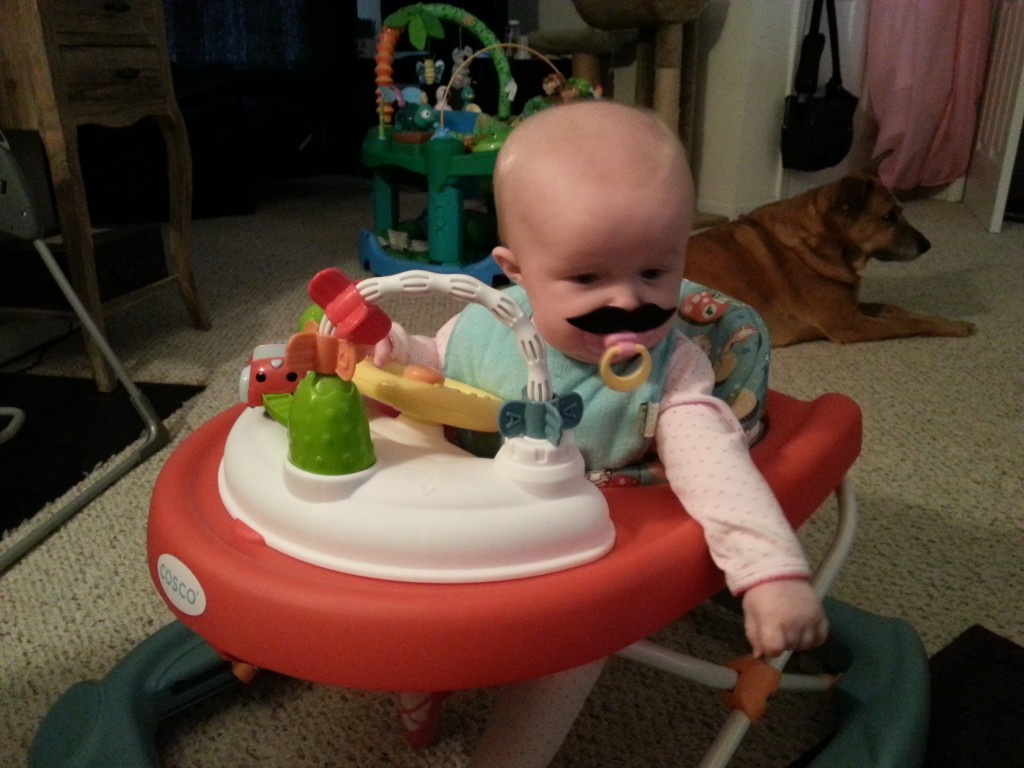 the not awesome part of this weekend? thor. if you are really easily grossed out, skip this paragraph. yesterday and today, thor poo-ed blood. i don’t know what that means other than what i googled, so i decided to wait and see if it happened again today or if it would just disappear. it didn’t disappear, so tomorrow i’ll be making a trip to the vet with him. he hasn’t been in a while, so i should be taking him anyway, but i hate that this is WHY i’m taking him. i feel awful. the silver lining–when loki started having her issues, i got pet insurance (too little too late, fail), so if something IS wrong with thor, he will be covered and it won’t be a preexisting condition like loki’s was. the only good thing to come from all THAT was my credit limit being bumped up to $9000, since nothing i tried worked. i am so hoping that thor’s deal, whatever it may be, is something easily fixable. i don’t know anything about cats, but i just hope he’ll be ok. it’s hard enough knowing loki STILL has her tumor. my heart can’t take this, too.

caylin JUST got to the point where she loves the animals. like… they walk within her field of vision and she lights UP. thor finally rubs up against her (he avoided her like the plague for months) and she will grab loki’s face when she wants loki to lick her hands, and then she squeals and giggles and it is just… pure joy. there is no other word to describe it. joy.

so that’s the caylin/animal front in a nutshell for the last week.

here is our valentine’s day in pictures: 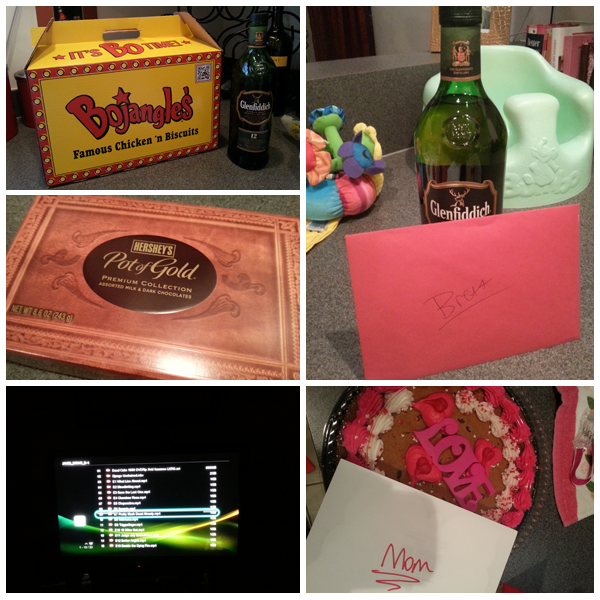 i realize you can’t read the bottom left, but it’s a bunch of walking dead episodes that we’ve been watching on popcorn hour.

in other news, i found a whole slough of new recipes online and have been trying them out every other night. tonight was a great success. it is easy, but not exactly quick and easy. either way, freaking delicious. brett loved it. by the way, that whole website is pretty fantastic. i’ve been slowly going through the recipes picking them out. i cook pretty much every single night, and sometimes even the favorites just get old and stale. time to switch it up a bit. so that’s what i’m doing. i also made these ribs with corn and this chicken with butter/parsley mashed taters. all 3? clean plate nights. 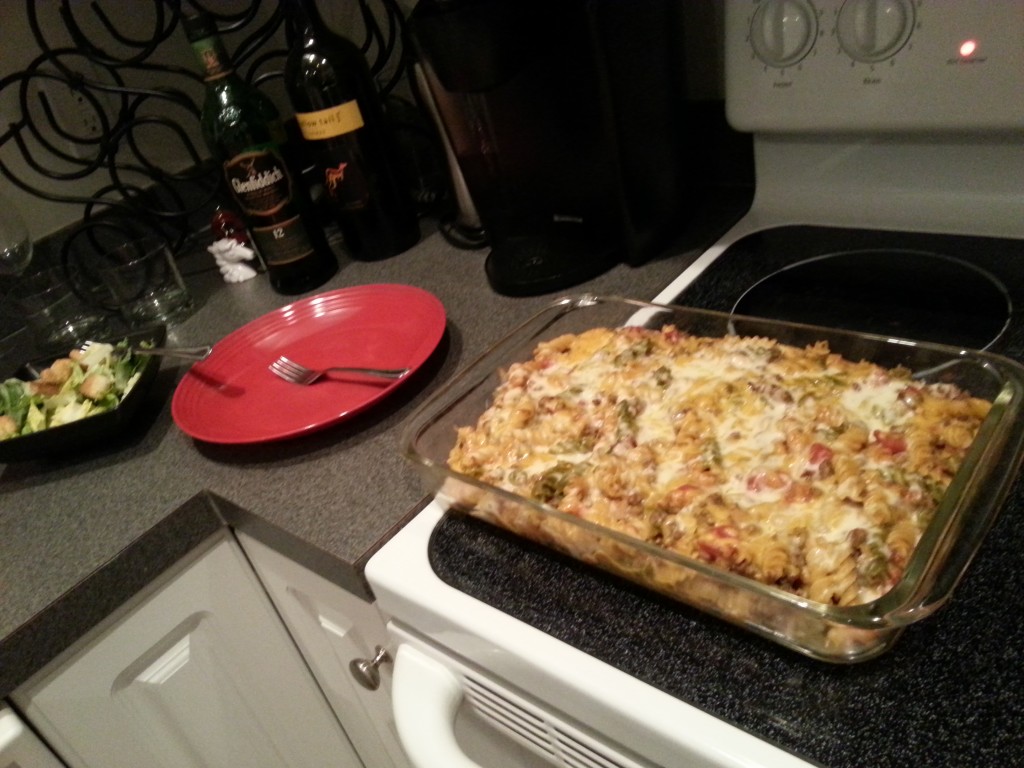 and in HOUSE news, our house starts getting built this week. and by built i mean they’re pouring the foundation. but it’s a start. i’m so excited. i still can’t believe we’re buying a house. i feel so grown up. i hope to stop by from time to time to take pictures of the progress.

time for more walking dead and shots with my manfriend!

i finally re-did this website. after 3 scrapped designs and several nights…