i spent about 15 minutes today reading articles/blogs online from other pet owners who have had to give their dogs palladia, and let me just say… that was a huge mistake. my stomach was in knots before we gave loki her first pill today. worse than after reading pregnancy horror stories. worse than reading about everything under the sun that gives you cancer. ugh.

since i’m not allowed to touch it (can harm the pregnancy evidently), brett did it for me using a plastic bag. he wrapped the pill in a piece of cheese. loki’s favorite. anything in cheese, really. inhaled it in less than a second!

and that was 4 hours ago. everything i read said that it would probably cause diarrhea, nausea, and would make her not want food. and i know it’s only her first one, but it’s definitely digested by now, so, no news is good news. and so far, all she’s done is beg for our dinner. and sit next to my chair with thor while they both whack me on the shoulder when i’m trying to work. normally somewhat annoying, but i’ll take annoying over sick any day!

i’m hoping that because of all the horrid things she’s eaten in her lifetime (a battery, my purse, flip flops, dip spit, cigarettes, sunglasses, birth control, my inhaler, the list goes on), her stomach has turned into that of a goat. impenetrable.

in other news, here is a picture of our new “nursery”. since we don’t have any baby stuff yet, it’s still set up as the guest room. just with dark gray walls now. the pictures make them look black, but i am going for this effect in the end. not goth baby. 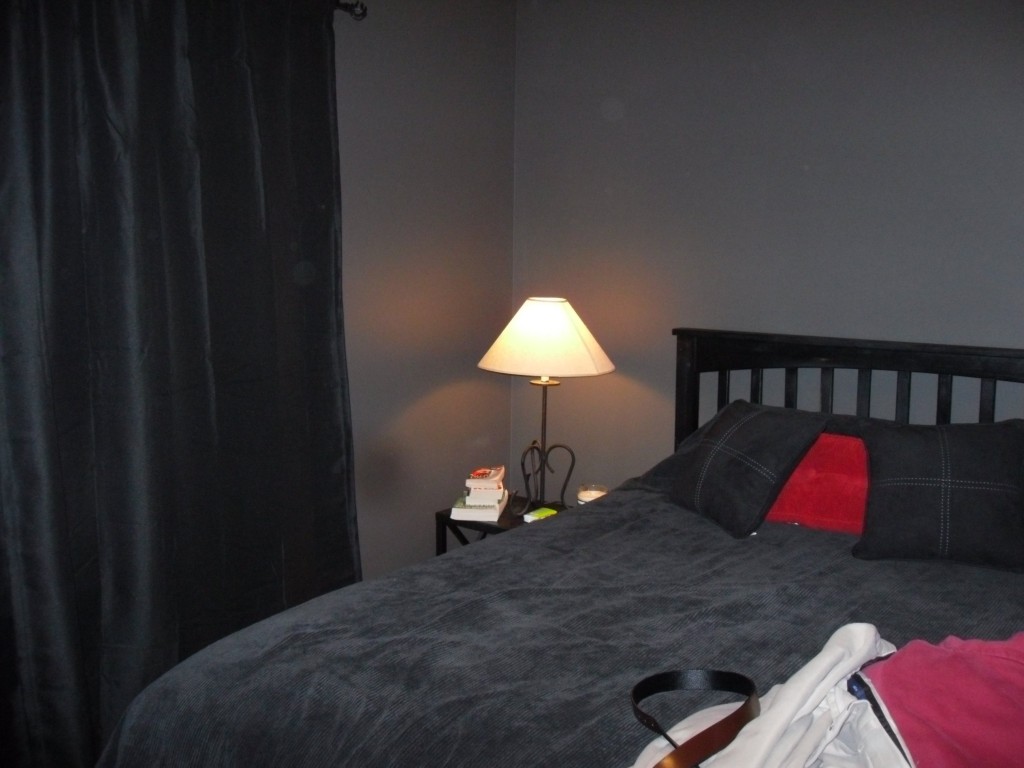 Palladia Day 2, And My Ribs Hurt

loki had her second dose of palladia today. still no side effects!…

Thank You From Me & Loki