i’ve been working on another android app. i was going to keep it to myself but then it’s not as exciting. exciting in the sense that it’s exiting to me and possibly other defcon go-ers, but absolutely boring to everyone else. i don’t care.

i started writing it after the hackathon, thinking i wouldn’t get far on it since i was due to have a baby the next day. no rush, because i have a whole year to work on it. but since caylin was 4 days late, i had a few extra to crank out some code.

the idea is simple. i wanted to make an app for defcon. every year they hand out a booklet with the schedule and events and practically everything you need to know about the conference, so i thought a digital, abbreviated version could be helpful. abbreviated meaning it would have just the “need to know” information:

the catch is, most people don’t want to connect to the wifi at the conference, or even use their 3G/4G, so the data would have to be preloaded in a database. with that in mind, i created a sqlite database with test information taken from this year’s conference.

the twitter section is the only part that requires an internet connection, obviously. BUT, it doesn’t pull data until the user presses the start button to start pulling the live feed. it also doesn’t require the user’s twitter credentials since it’s just a live feed, and not tied to their account.

so here’s what i’ve got so far. 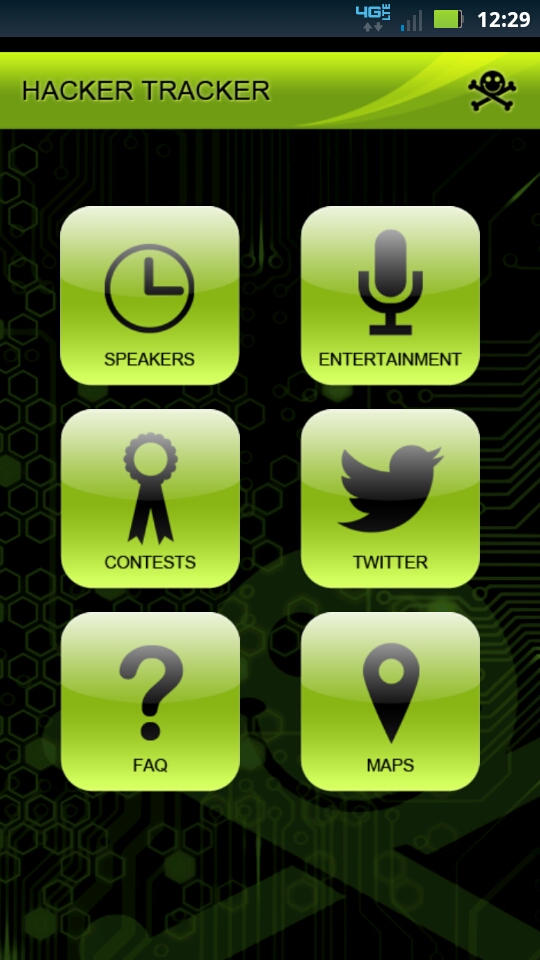 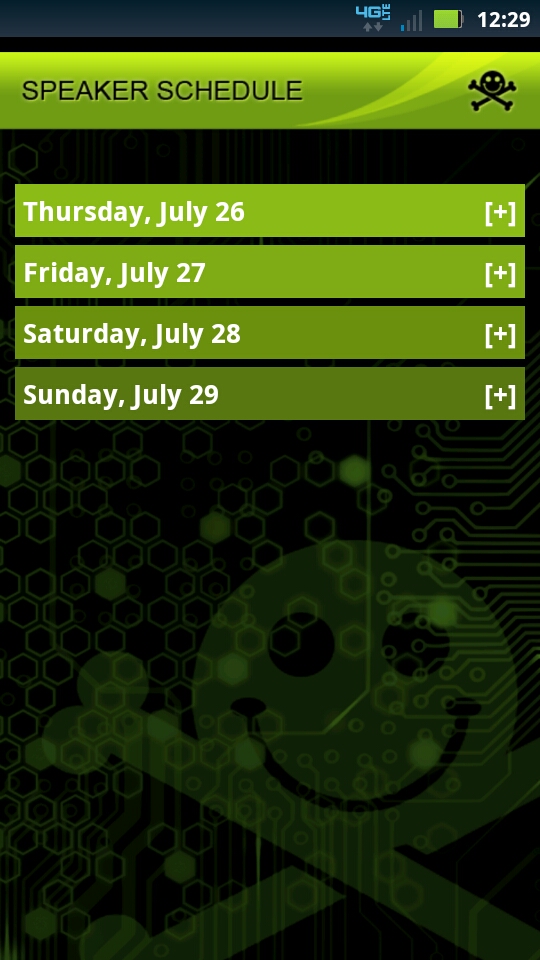 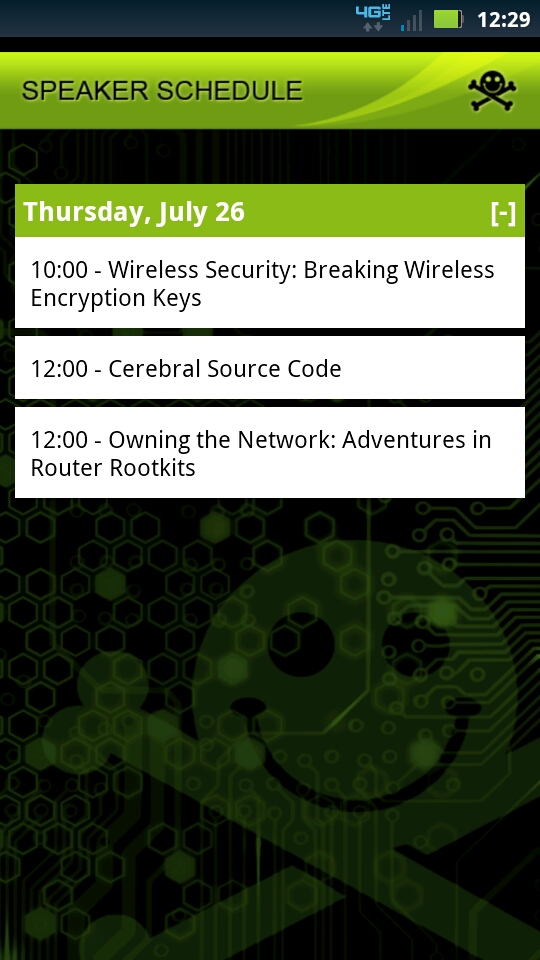 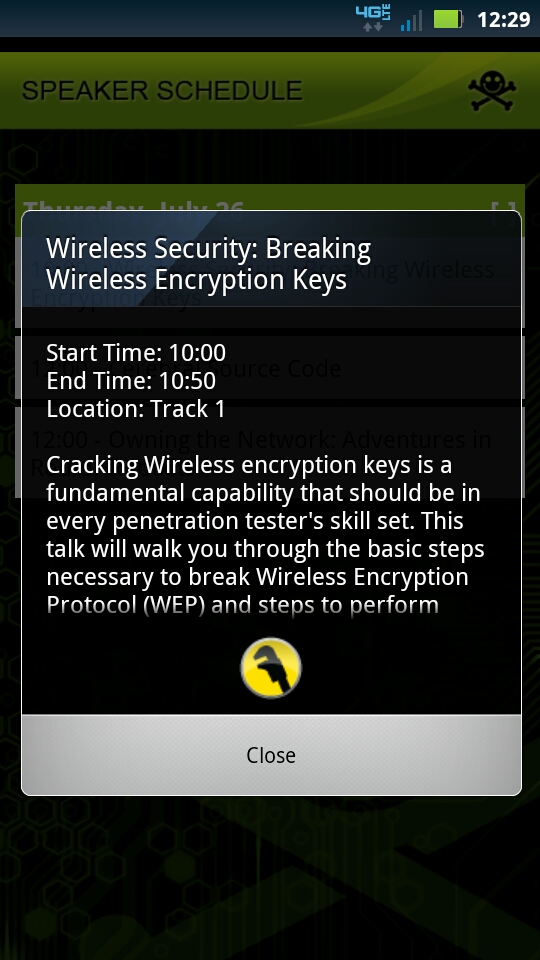 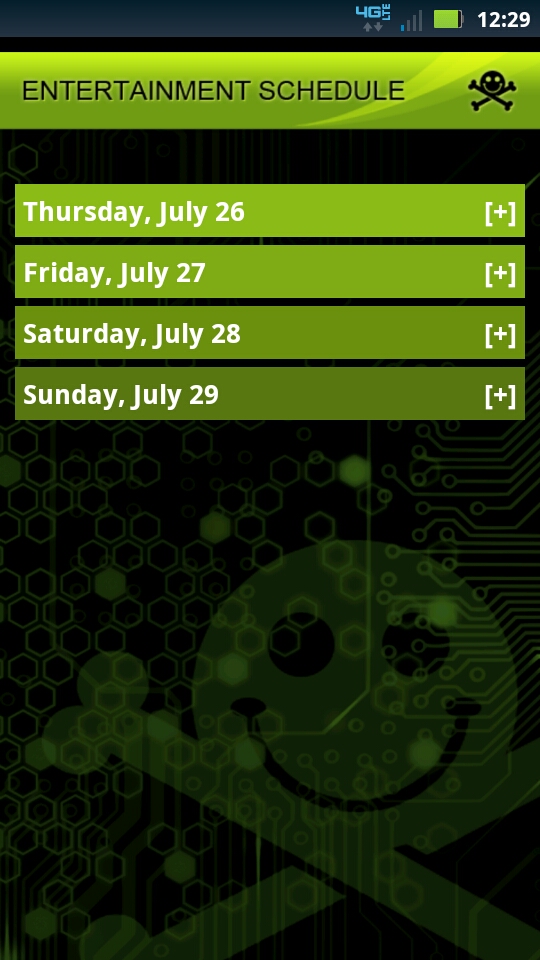 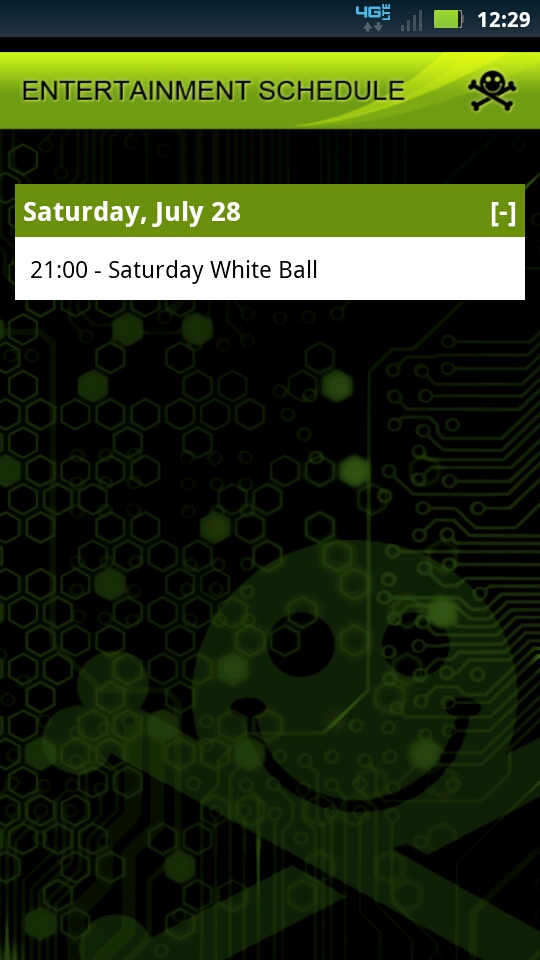 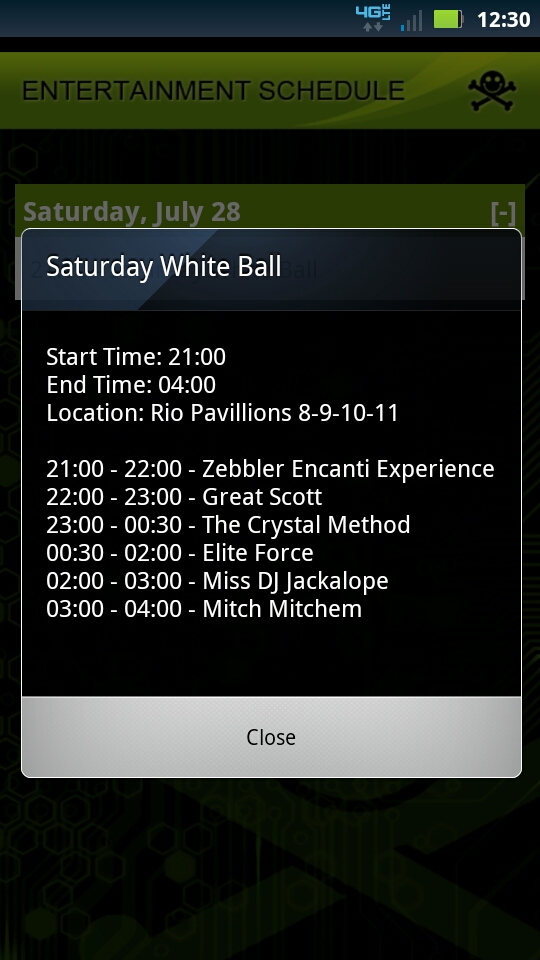 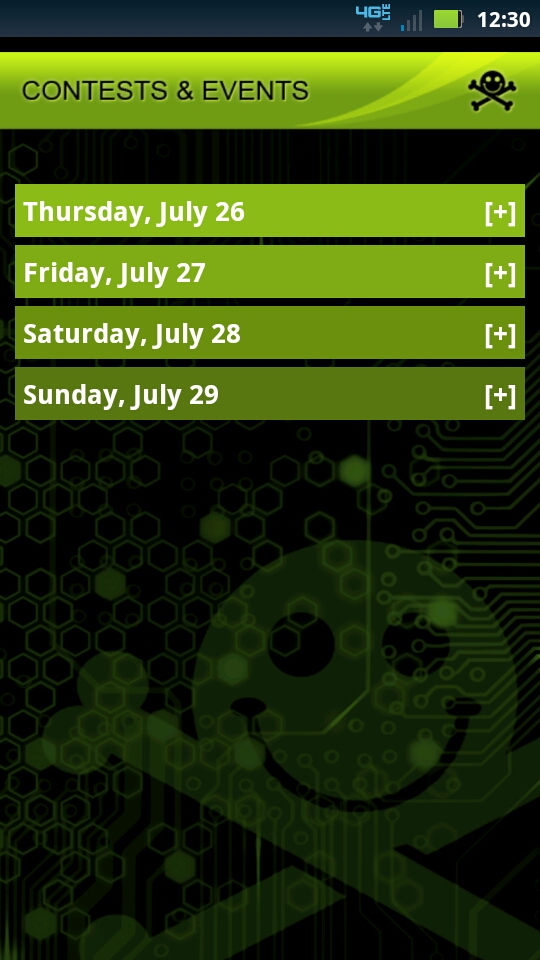 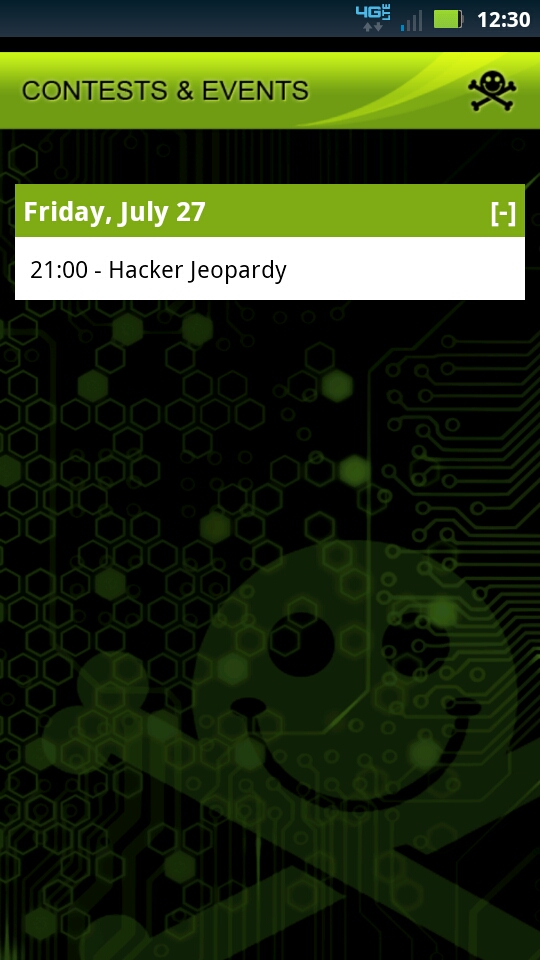 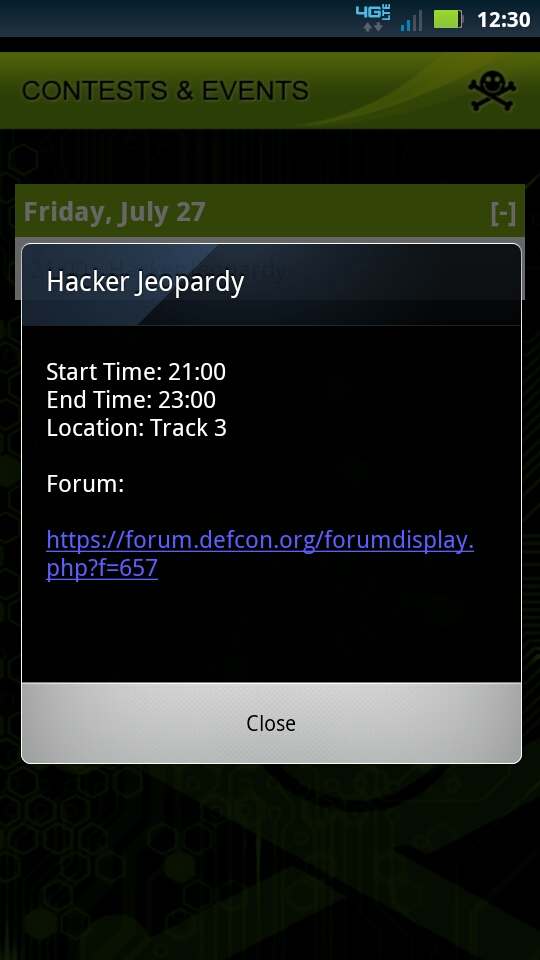 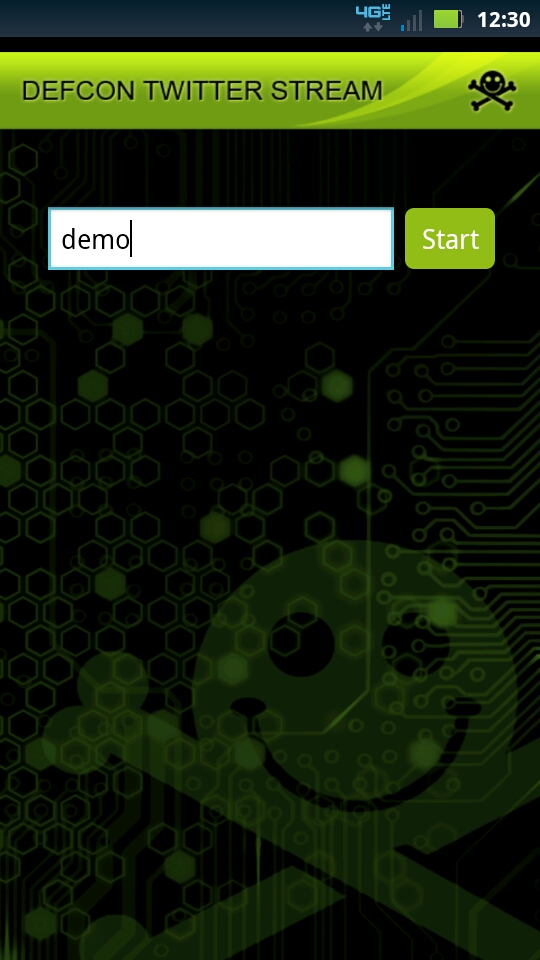 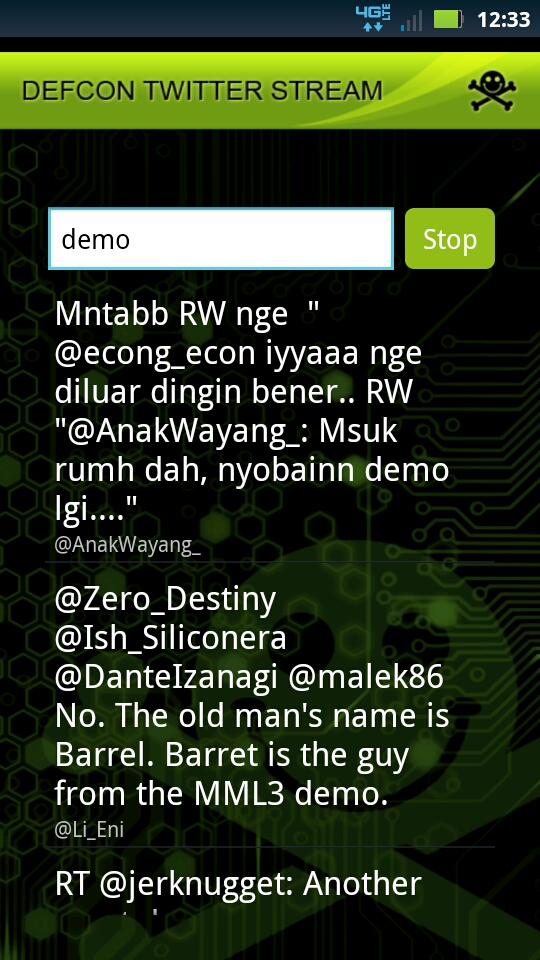 twitter feed, “demo” to be replaced with appropriate defcon tags, clicking on tweet will open that user’s twitter feed in a browser, just happened to get a screenshot of the most random/weird tweets ever 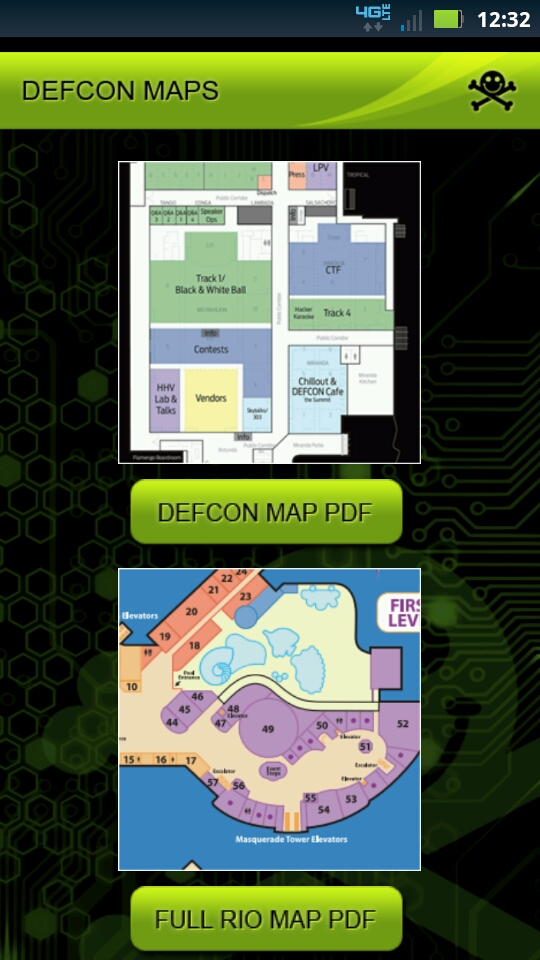 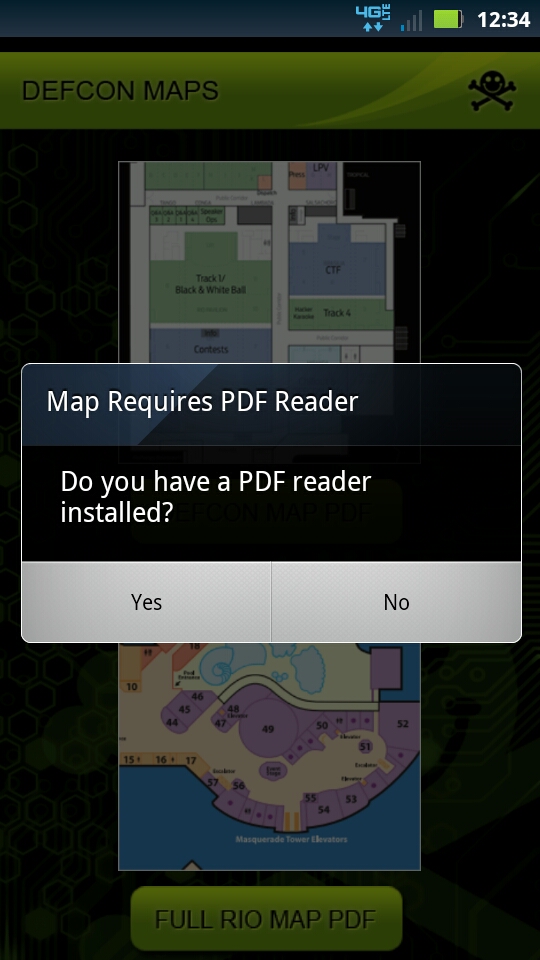 it’s a work in progress, and i’ve only done about 1-2 hours of work on it since having caylin, but like i said… i have 10 more months to play with it. :)
Twitter Facebook Google+
android defcon

yesterday marked 7 weeks since caylin was born. it’s weird because…

My New BFF These Days