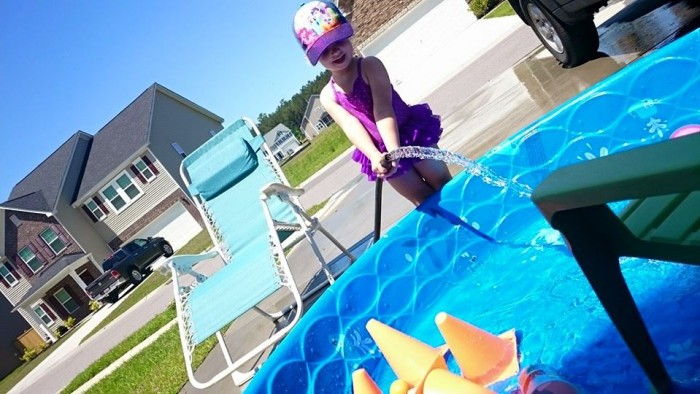 it’s that time of year again, when the pool is permanently settled in the the driveway. probably until october. popsicles, bathing suits, flip flops, and lawn chairs. toys and buckets and seashells scattered all over. the neighbors chalk is at our house, and our toys are over there. tiny voices screaming and playing in the hose.

i was never much for summer, but… now i love it. 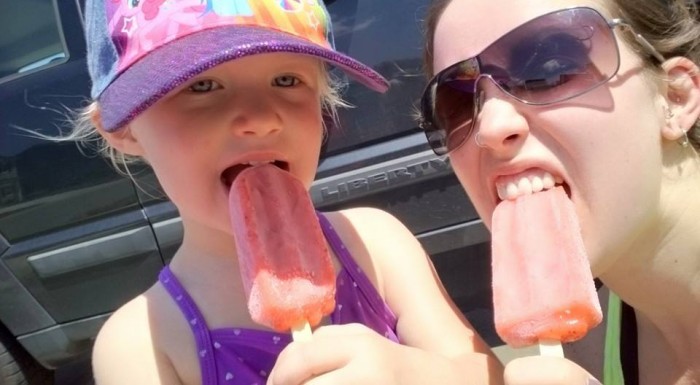 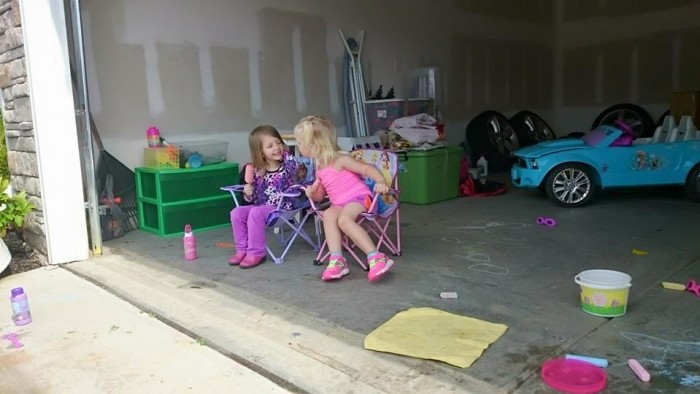 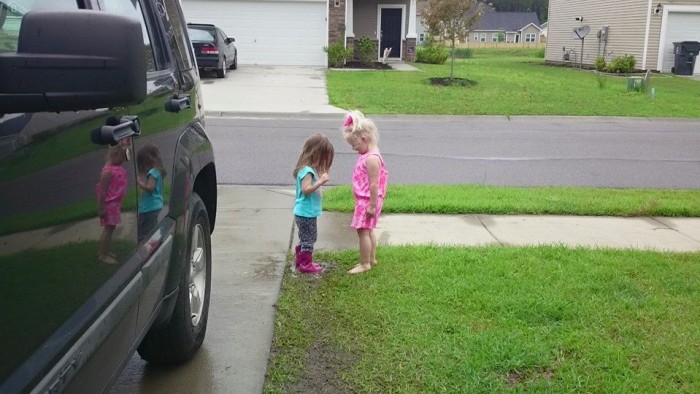 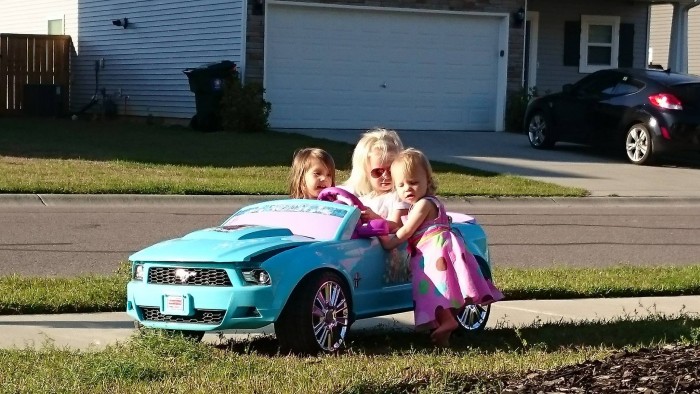 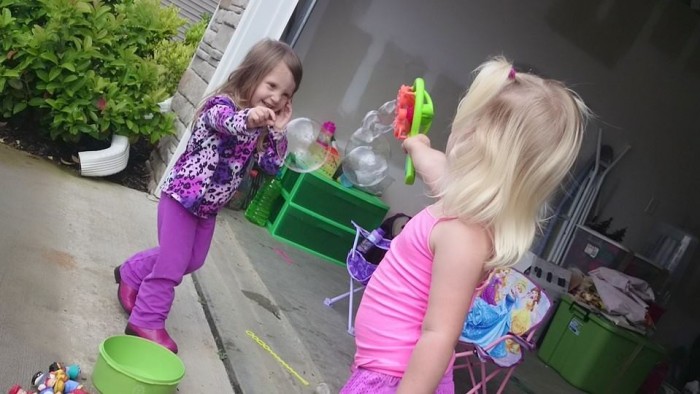 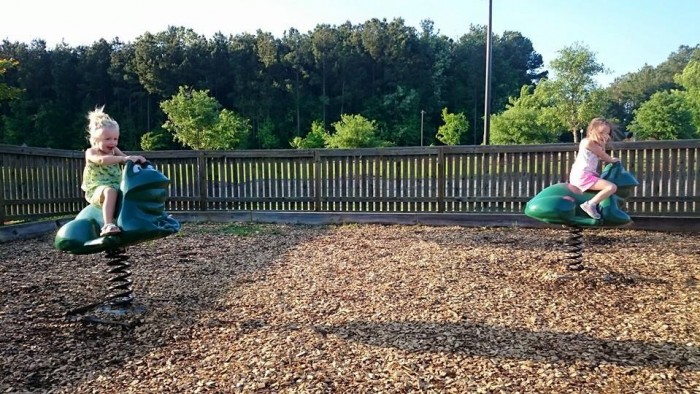 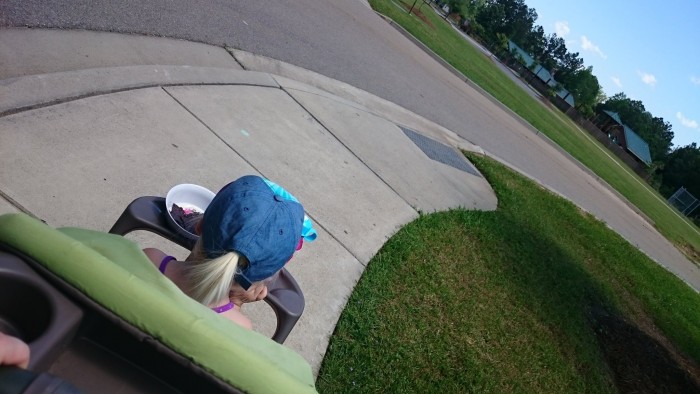 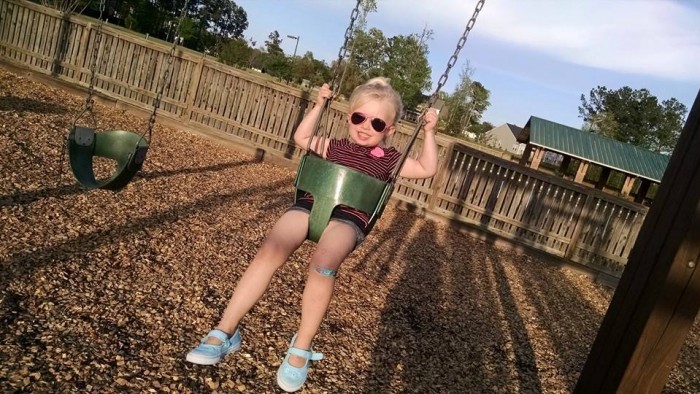 mom and brett and caylin and i went to merlefest last weekend. i should have known better than to make this a big family thing, since toting a 2 year old to something like this is just… not an easy task. caylin does far better 1 on 1 than she does with all 3 of us. new sleeping arrangements, lack of sleep, overstimulated. long story short, i paid $150 for caylin to play in the sand for 3 hours. 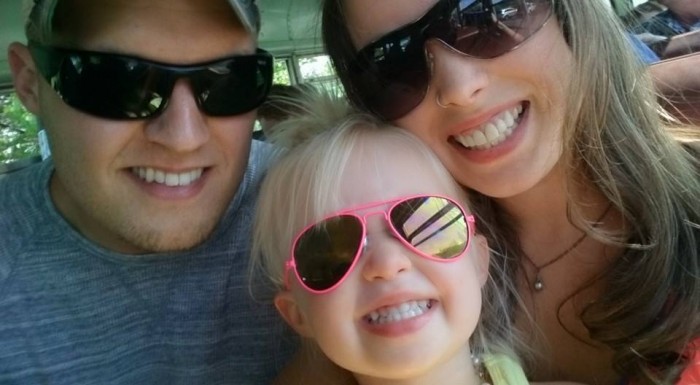 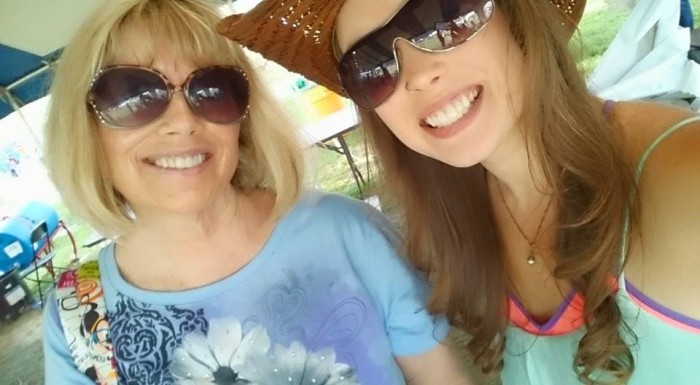 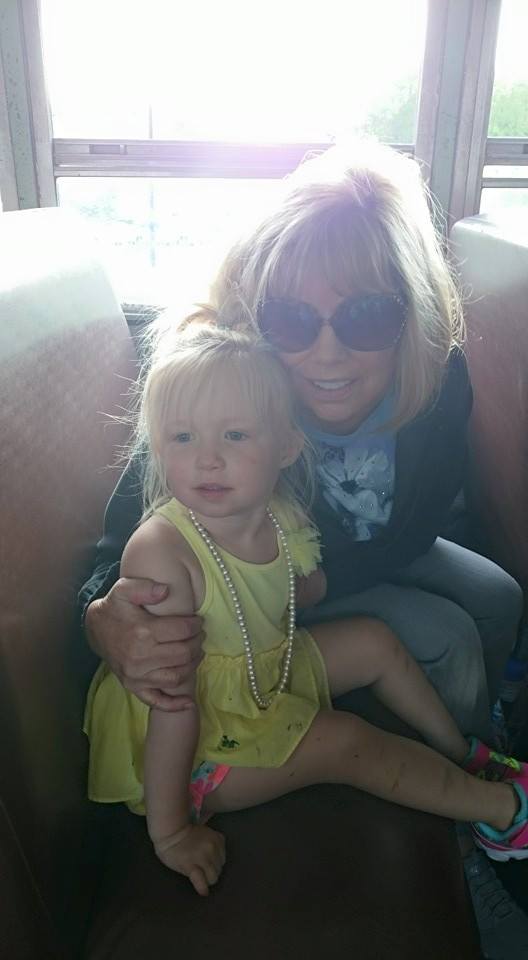 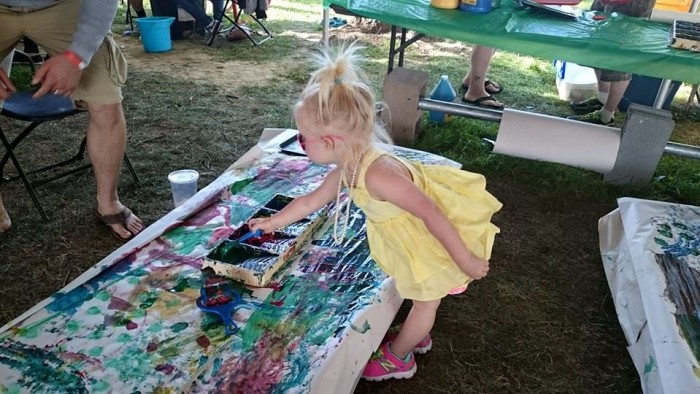 we got to seven devils late thursday night, and caylin didn’t go to sleep til like midnight. friday she was just NOT having it. so many tantrums and crying. almost didn’t go to merlefest, but i’m glad we did. as soon as we told her we were taking a bus from parking to merlefest, that’s all she could talk about. and that was the only bargaining chip we had when she’d start to throw a fit.

weather was amazing. great background music, since we didn’t actually get to watch any sets. mom and i walked around for most of it and shopped and ate a funnel cake, which, that alone is worth $150. the people watching, the smell, the mountains. brett sat with caylin while she painted and played with sand. it turned out to be a great afternoon.

though, i will say, other people’s kids can be RUDE. one kid threw sand in caylin’s face. another grabbed her arm and shoved her away. another little girl who was probably 6 or 7 at least started mouthing off to her. i know they have to learn things on their own, but, let me tell you… it is HARD to sit there and watch other kids be assholes and not intervene. SO HARD. 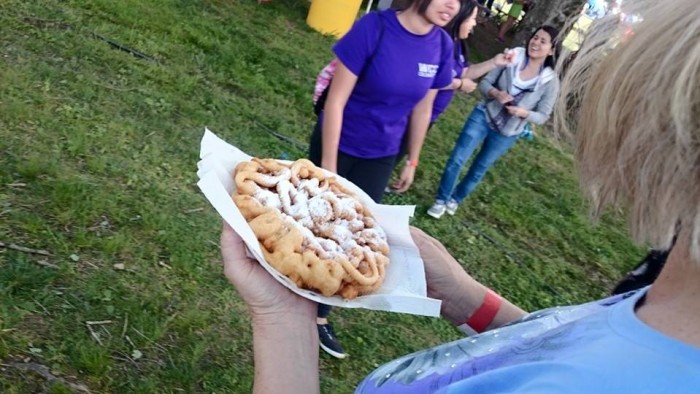 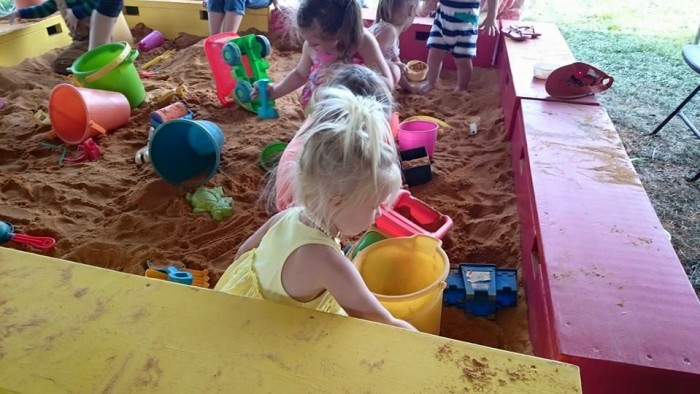 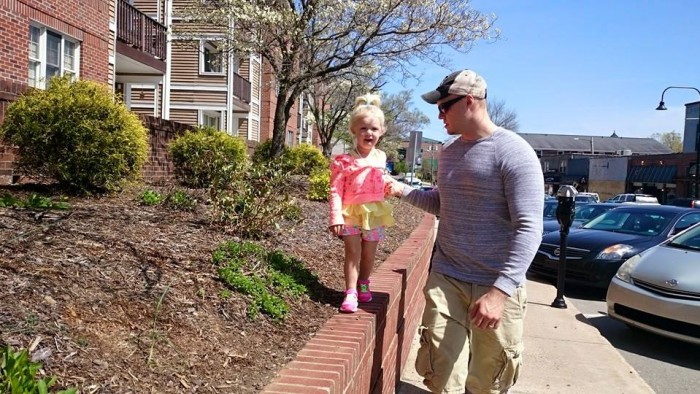 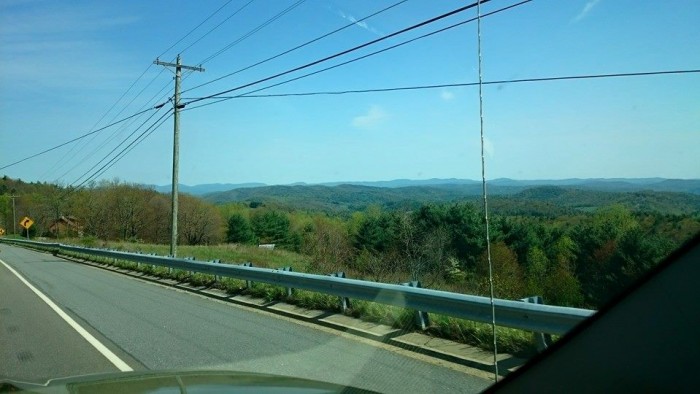 caylin got to ride the bus twice (highlight of her month, for real), mom got her funnel cake, brett got whiskey, neeses’s sausage, and a forensic files marathon, and i got my black bean queso dip from macado’s and a new cowboy hat. all was well in the world.

we drove back home saturday, and brett dropped us off. he drove to the liquor store before it closed at 7, and got in a wreck. miraculously, no one was really injured, just achy. both cars are most likely totaled, so that’s fun. bottom line, no one hurt, really don’t care about anything else. sucks, but could have been so much worse. 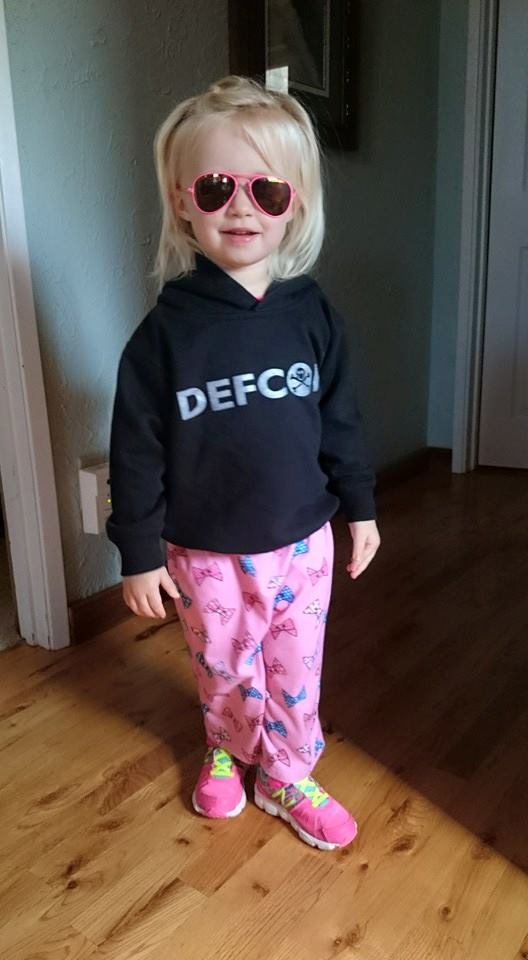 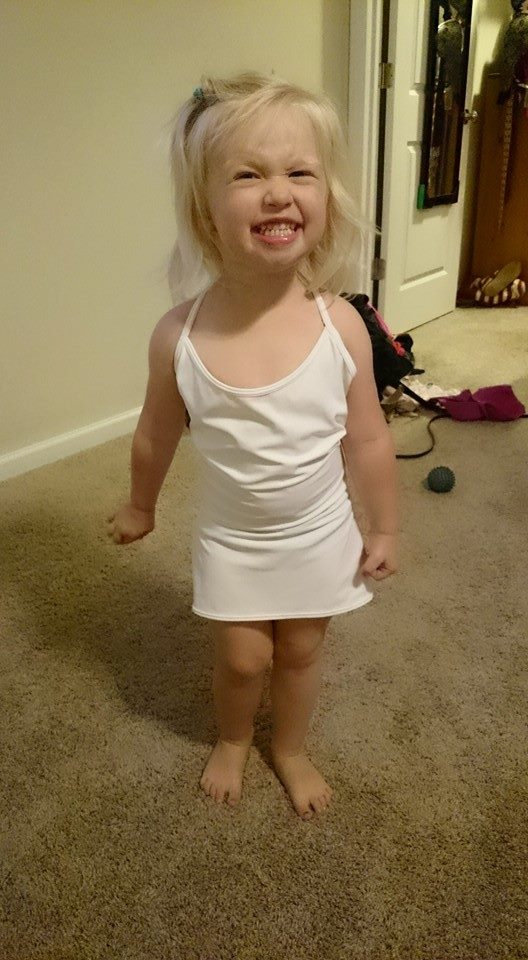 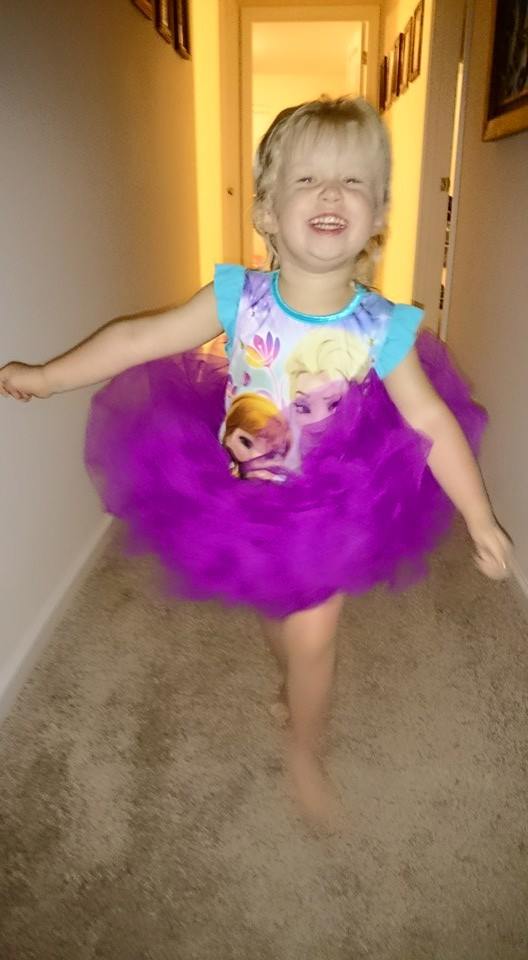 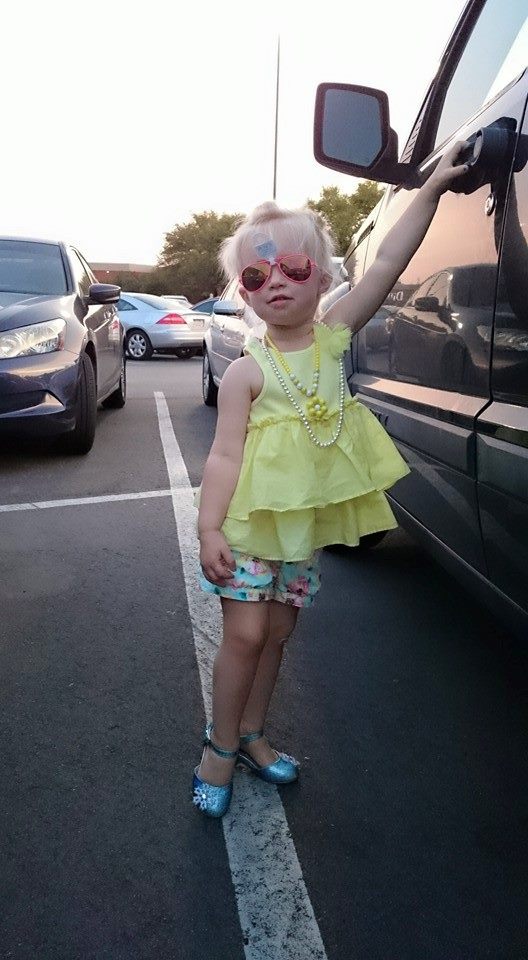 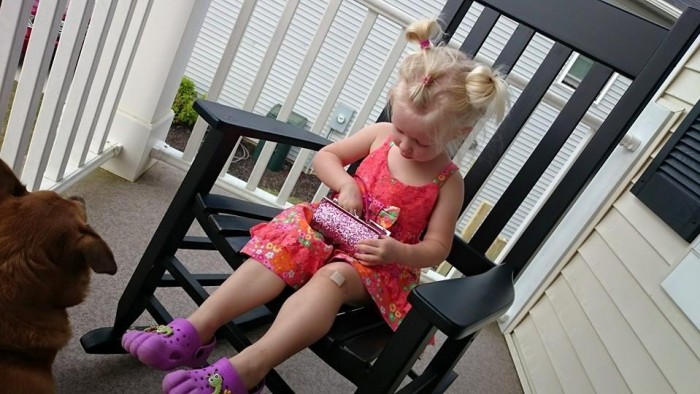 it’s hard to stay mad at this face for too long. 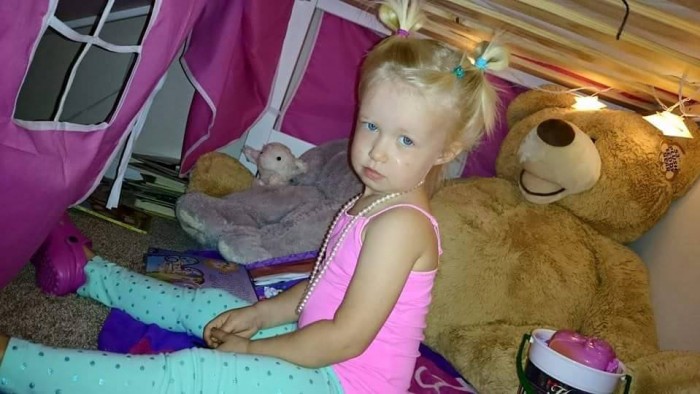 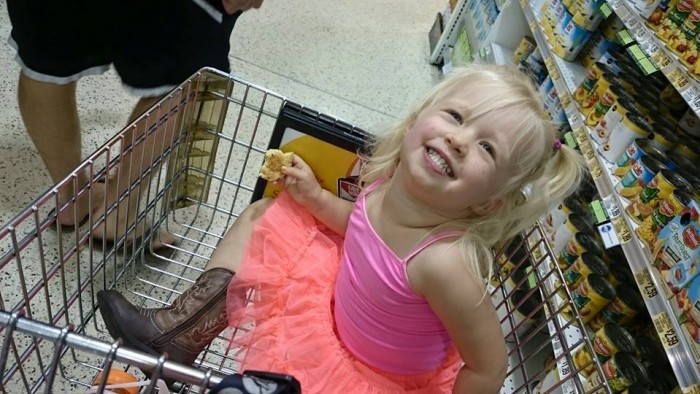 mom took caylin to NC on tuesday morning to see my uncle who just had surgery, and is bringing her back in a few hours. i was excited to be able to work from home today and have the house to myself for the first time in ages. but, not surprisingly, the only thing i want is for them to come back so i can see her little face.

it’s been a weird 3 days with her gone. we were so excited to have freedom–we weren’t sure what to do with ourselves. we went on an awesome dinner date last night to oscar’s in summerville. had pizza and drank whiskey the night before. stayed up watching forensic files and house of cards and american sniper at like movie-theater-volume. enjoyed the ability to use the ice maker after 9pm.

it was awesome quality time, but it just doesn’t feel right without her here :)

last thursday, caylin left with my mom to go on her 3rd…

i started crossfit again back in the first week of march. i’…