that would be the theme of basically all of january.

she’s so adorable, and so fun when she’s in a good mood. but she constantly wants to be picked up these days, either to be toted around or to get to something she can’t reach. if we’re upstairs, she whines to go downstairs. if we’re downstairs, she wines to go upstairs.

the following is a list of things that made caylin angry to the point where she flung herself on the floor this past weekend:

the littlest things absolutely set her off. there were a few nights where she woke up terrorized because of lint. she freaked out over a bubble bath, and refused to touch ANY ice/snow on the ground the other day when we had the ice storm. absolutely would not.

it certainly tests your patience. i never knew someone so tiny could make you so mad (i’m sure brett says that every day of his life now). 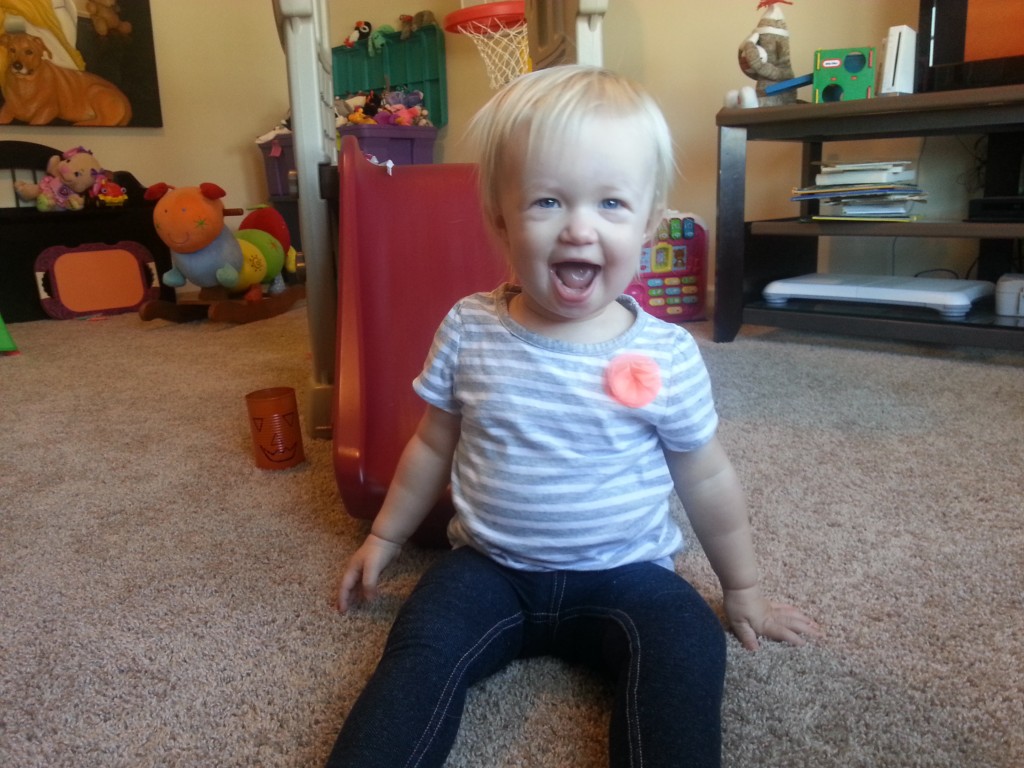 despite all the whining, as exhausting and frustrating as it may be, she continues to just… light up our lives. best 17 months ever.

i still can’t believe how much i love her.

Just When I Think I'm On The Right Track

…reality check. my mom sent me this article in an email tonight.…