let me preface this by saying, i’m unbelievably lucky. brett is amazing. caylin is amazing. our families: amazing. this house? amazing. life is fantastic, and we are unbelievably fortunate. none of the below is me complaining about my life, because there is zero to complain about.

it doesn’t feel like any other depression i’ve dealt with, if you could even call it that. i turn 27 in a month, and it’s all i can think about lately. i know everyone older than 27 is like, shut up, you idiot. but for whatever reason, this birthday is making me feel nostalgic instead of the usual YAY I LOVE BIRTHDAYS feeling i get every year. even last year, i was stoked because i got to go see brave. i was pregnant, couldn’t drink, felt huge, and i still felt pretty good about it.

my team (or one of my teams, rather, confusing work-life lately), had a product release a few days ago, so they wanted to celebrate. friday, we went out to lunch and then went to a family fun park to have some beers, play arcade games, and drive go-karts all afternoon. it. was. awesome.

despite the fact that it was awesome, and i even got a little sun, in the back of my mind, all i could think about was how old i felt. is that normal? i mean, what is wrong with me? usually crap like that has my head spinning. to be fair, my head practically was spinning for a while. i couldn’t believe this place existed and i didn’t know about it. they even have paintball. and pizza. and cookies. but, 2 of the guys on the team are interns, and are several years younger than i am. maybe that had something to do with it. in my head, i kept thinking, i want to go back and do it all over again. every once in a while, i just miss college and boone and appalachian so much. and the feeling of having absolutely NOTHING to worry about. i only wish i knew that at the time.

while being a parent is the best feeling on the planet, it has absolutely made me feel ancient.

we went to the neighborhood pool with our next door neighbors the other night after work. they have a little 1 1/2 year old girl. caylin doesn’t really understand how to play yet aside from just grabbing her, but we’re working on it. anyway, as soon as they invited us, i froze up. i hadn’t been to the pool in almost 2 years. as soon as i got pregnant, i swore off all bathing suit related activities.

i thought i had been doing better on the self-image front, from working out lately. i do feel better than i did, and i can wear a bathing suit without cringing. i think i overlooked the part where i hadn’t actually worn one in front of any other human beings until the other night. i… wanted to vomit. my legs look like someone took a baseball bat to them because they are covered in bruises (no clue where 99% of them came from). and i have zero tan. brett kept telling me “shut up you look awesome”, which is always nice to hear. he tells me all the time despite what i look like, and that is one of the eleventy billion reasons i love him. but i don’t see what he sees, and i probably never will. i still see the me that i saw right after i had caylin. i’m sure there are other mothers out there going through the same thing.

so aside from working out, this week i started going to the tanning bed before work every morning at 8AM. i know it’s stupid. i know it’s bad for you (so i scheduled a dermatology appointment for next month). but i need some freaking color after 2 years of looking like paper. plus, it gives me about 10 minutes (yeehaw!) of alone time, and i actually relax for once. i mean, truly relax. because i have yet to learn how to do that otherwise.

there is always something to do these days, aside from being with caylin. clean. furminate loki. clean some more. shovel dog poo out of the backyard. go to lowe’s. go to target. get groceries. cook dinner. dishes. make formula. websites. work out. shower. clean some more. i’ve been trying to write this blog post since friday, if that says anything.

i just wish everything would slow down so i can take it all in. we were married-babied-housed in less than a year and a half. holy slap-in-the-face, batman. i want to enjoy all this and revel in it. maybe things will ease up for a while… knock on wood. i need a pause button.

here are some pics of the house and several of caylin’s new nursery. i have been meaning to post these but never got a chance to until now. we’re not done with the bedroom or caylin’s play room. i think we’re gonna paint those. and i forgot to snap pics of the guest rooms. 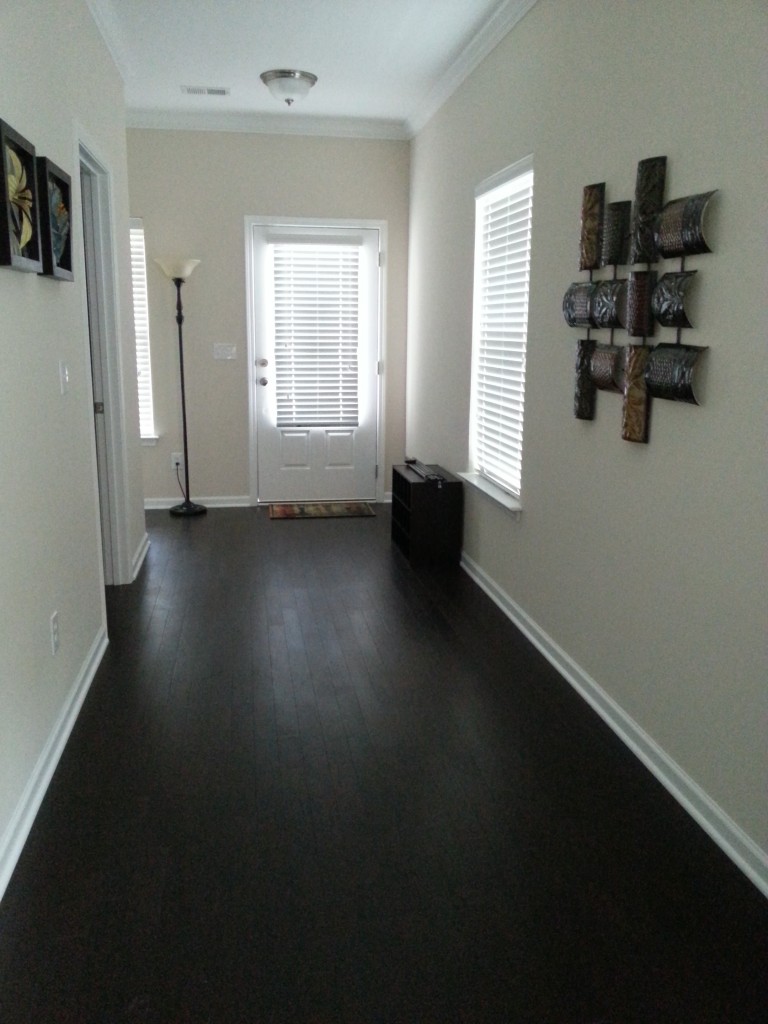 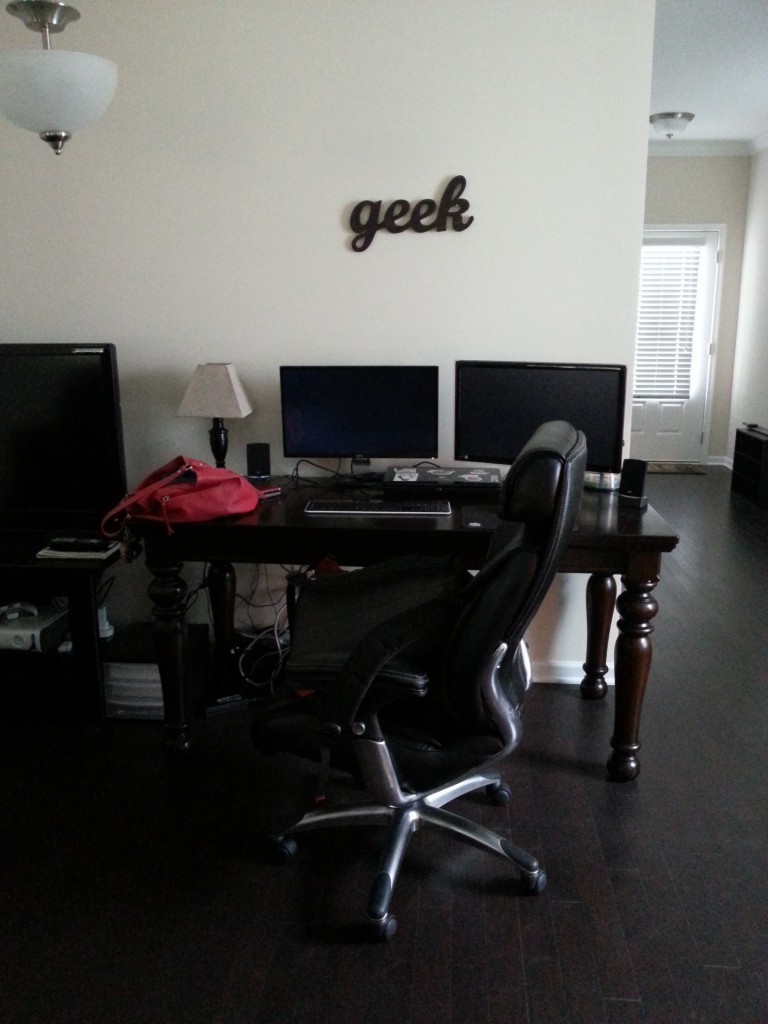 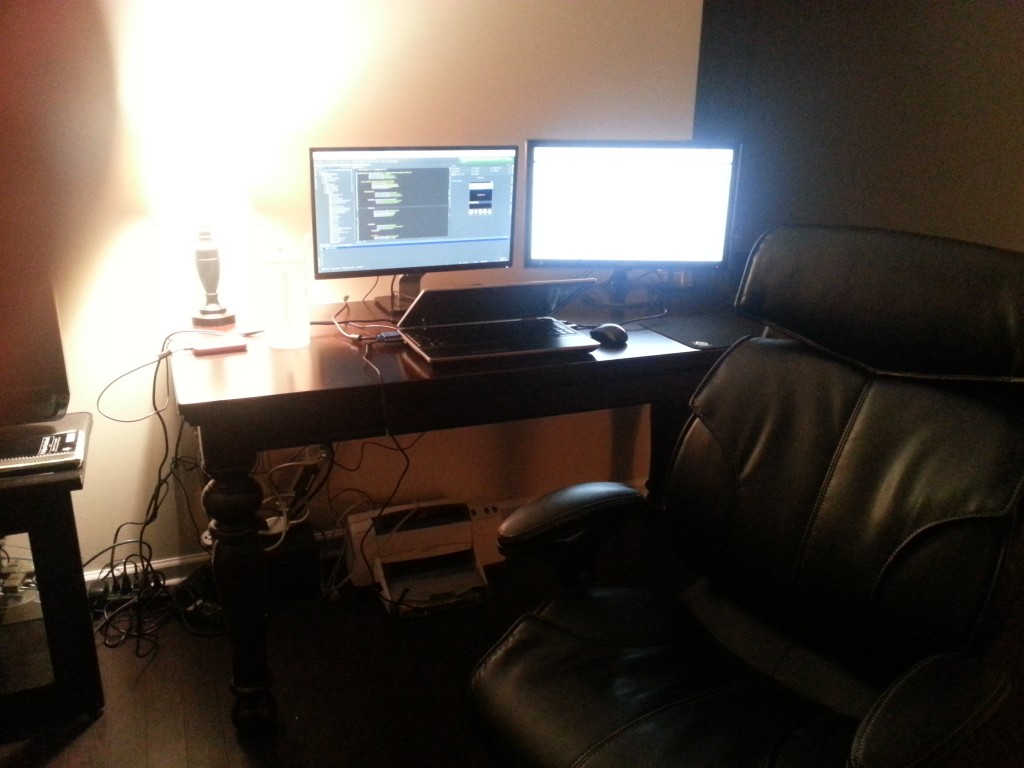 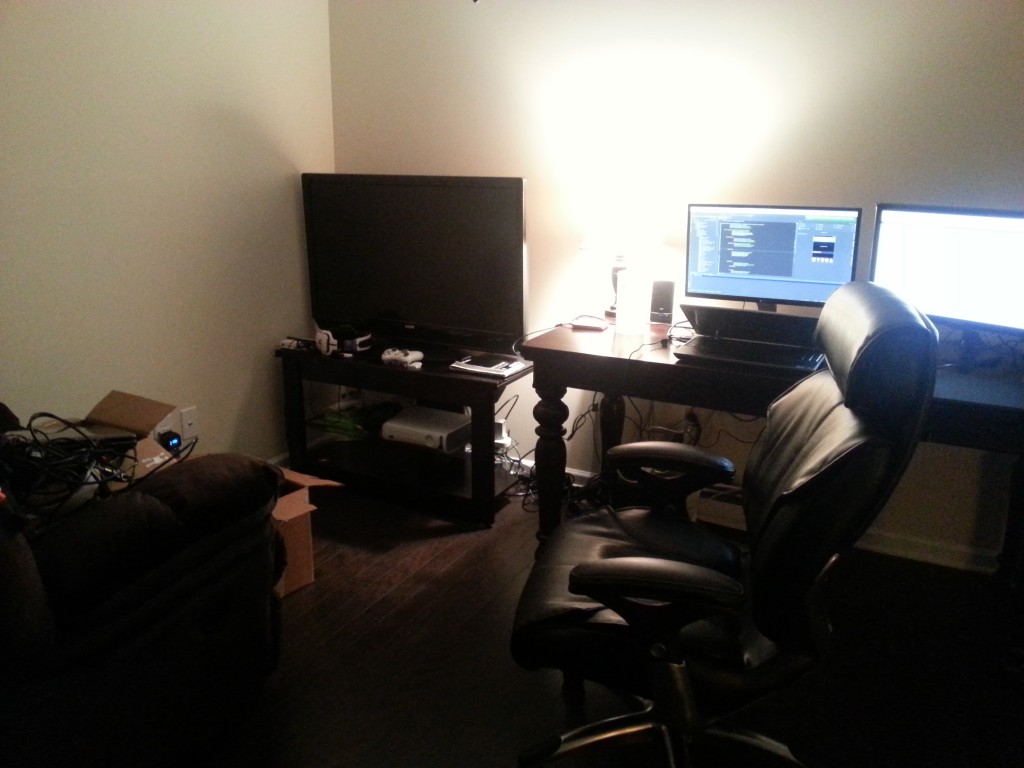 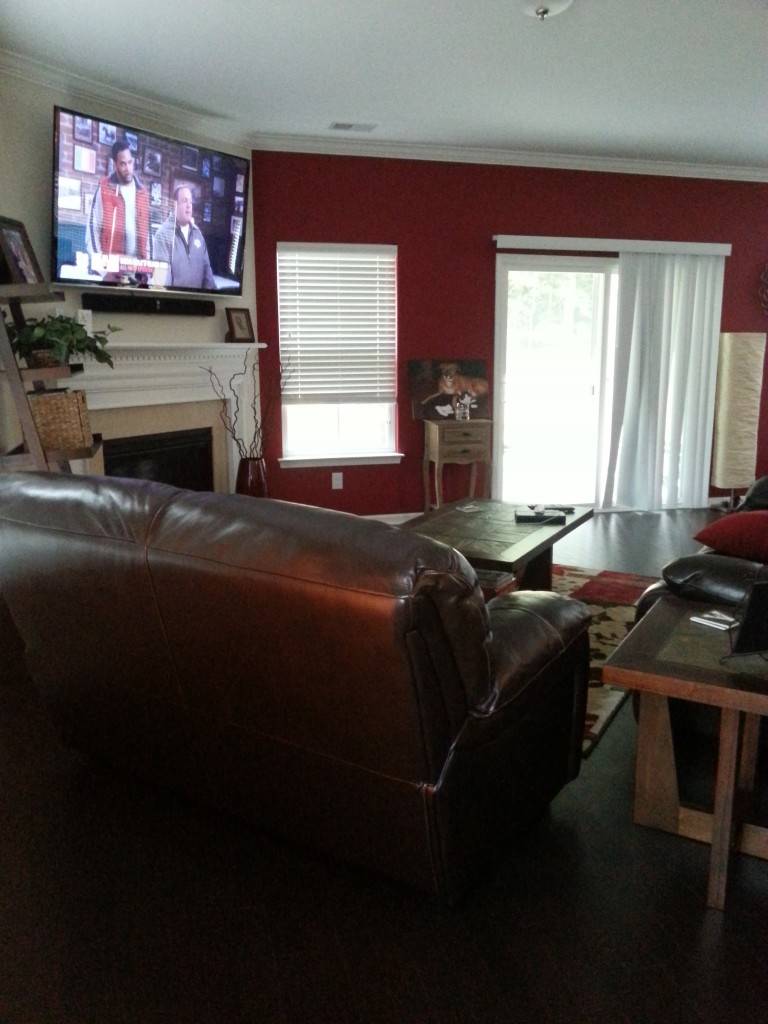 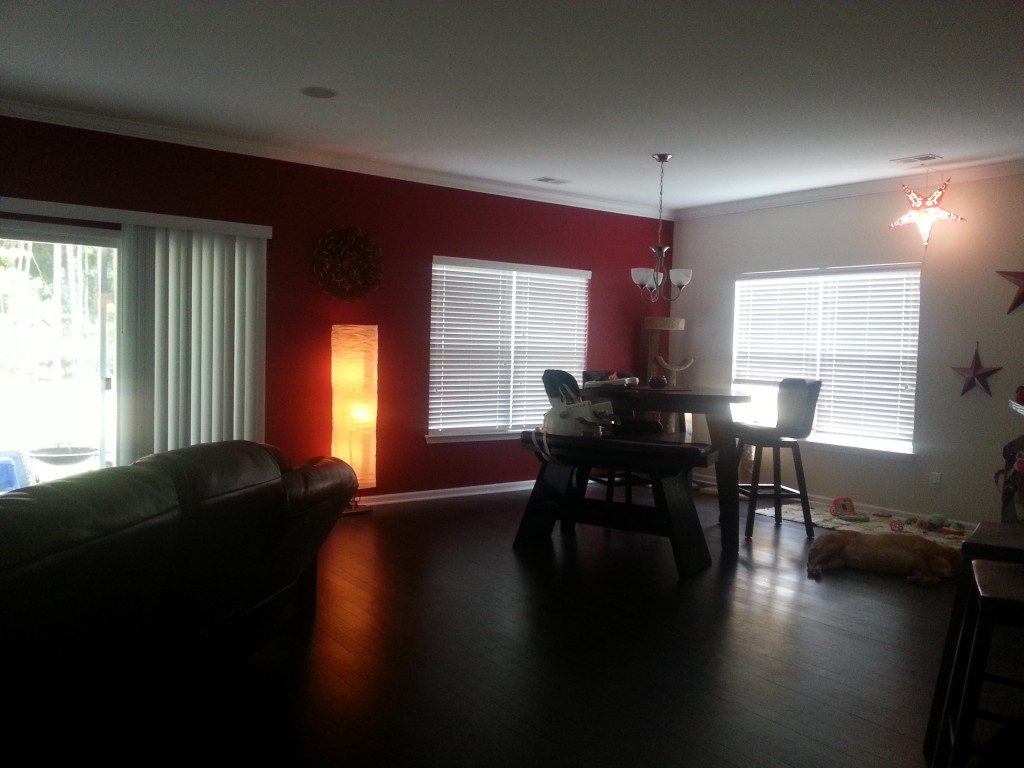 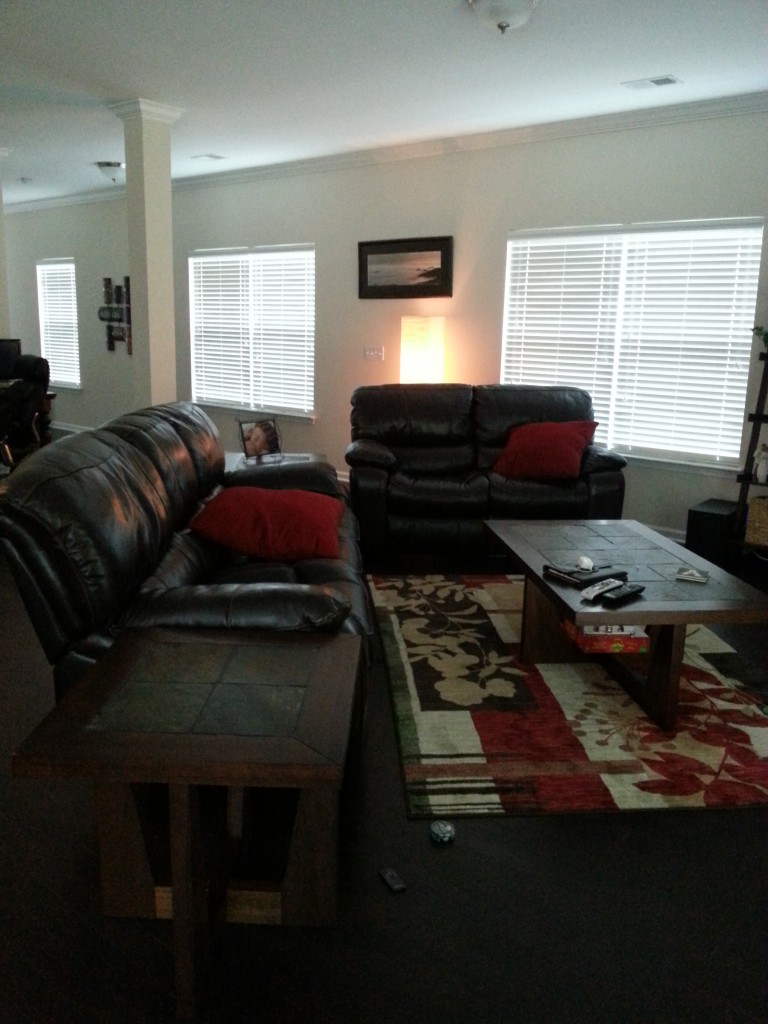 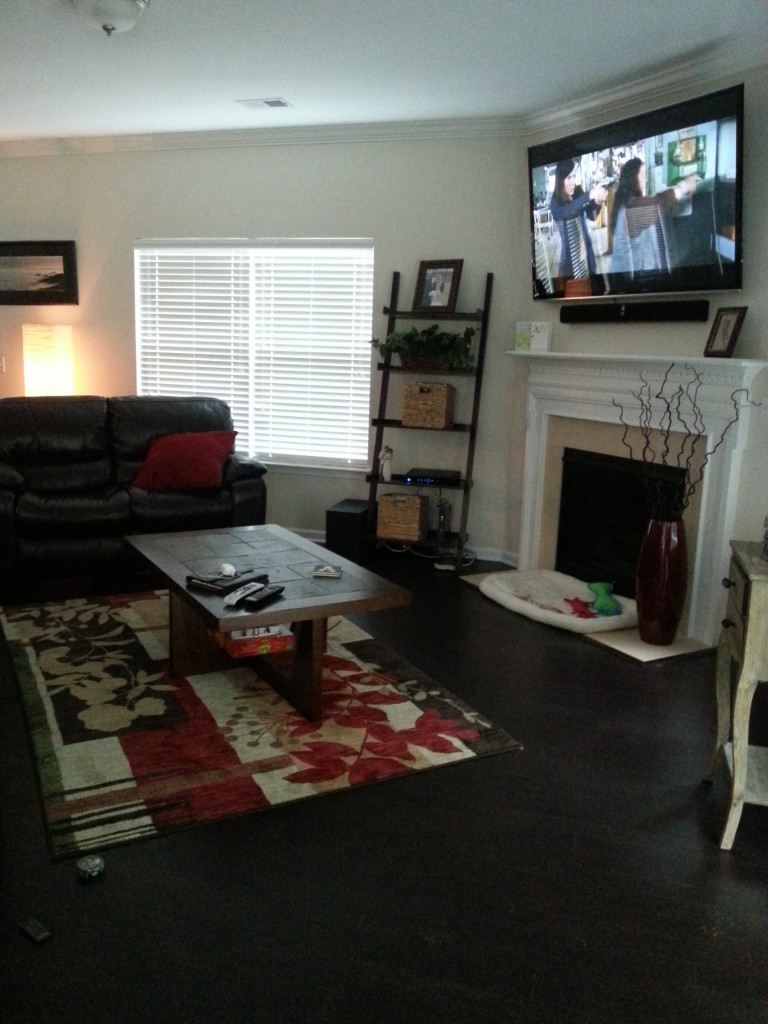 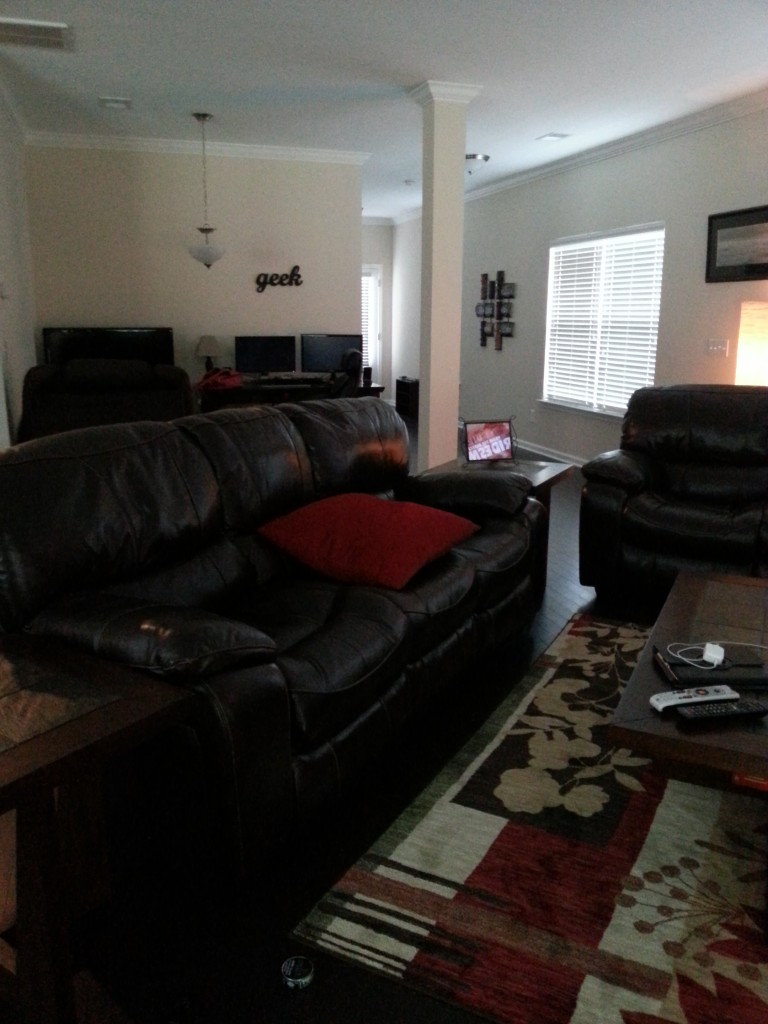 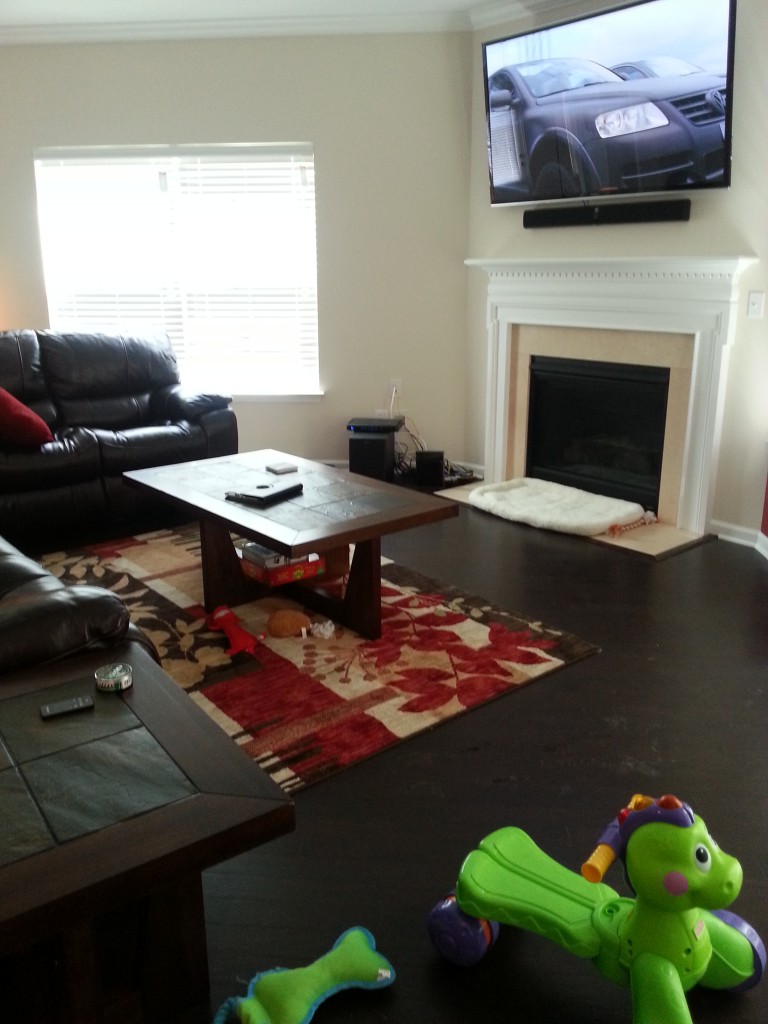 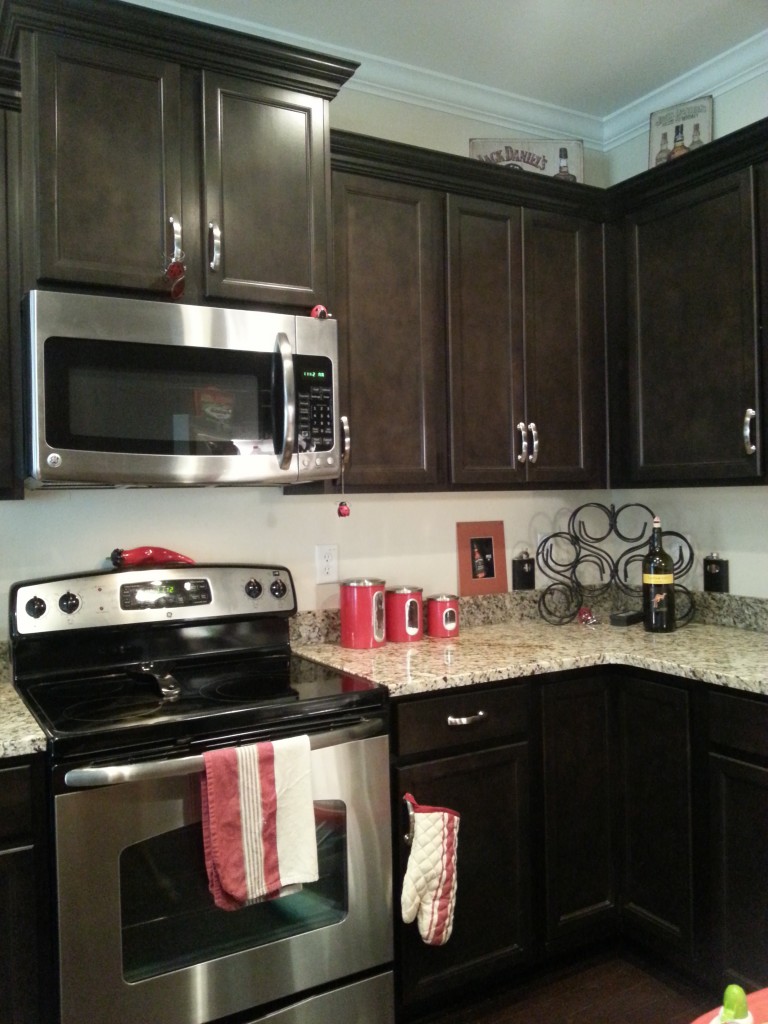 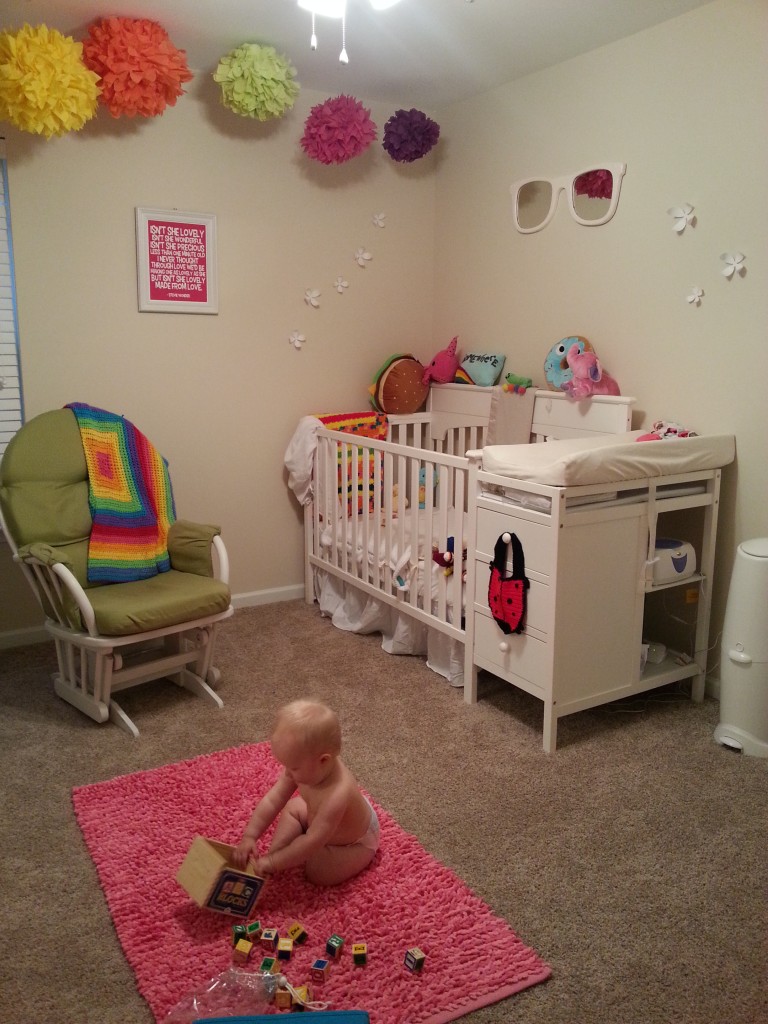 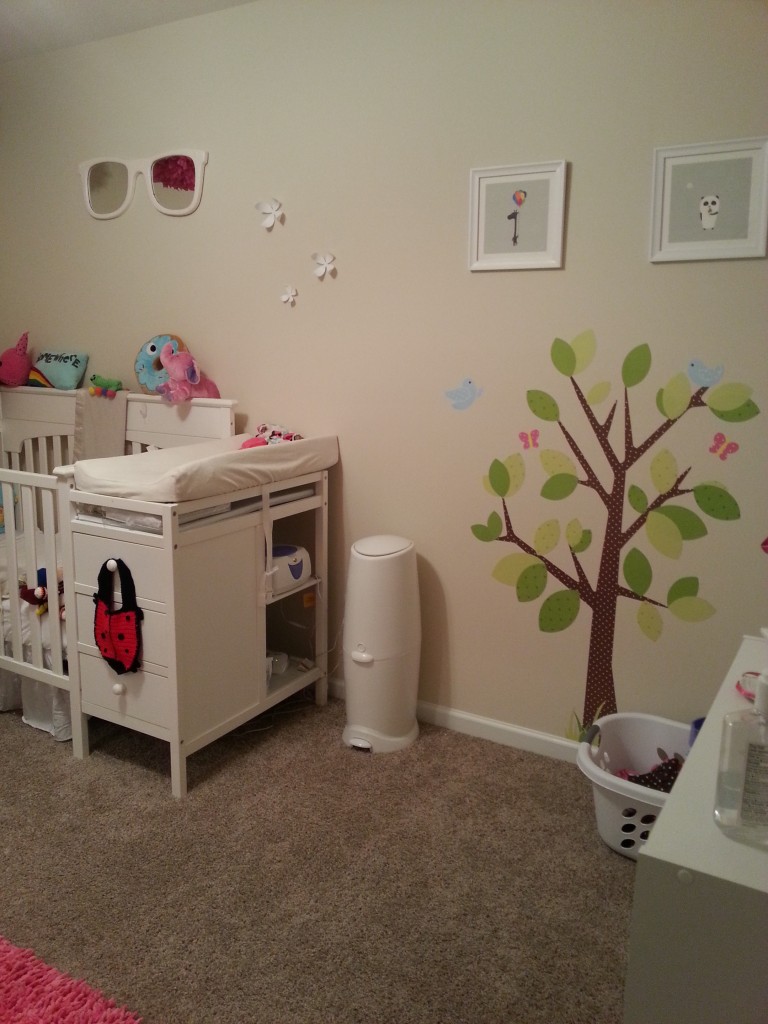 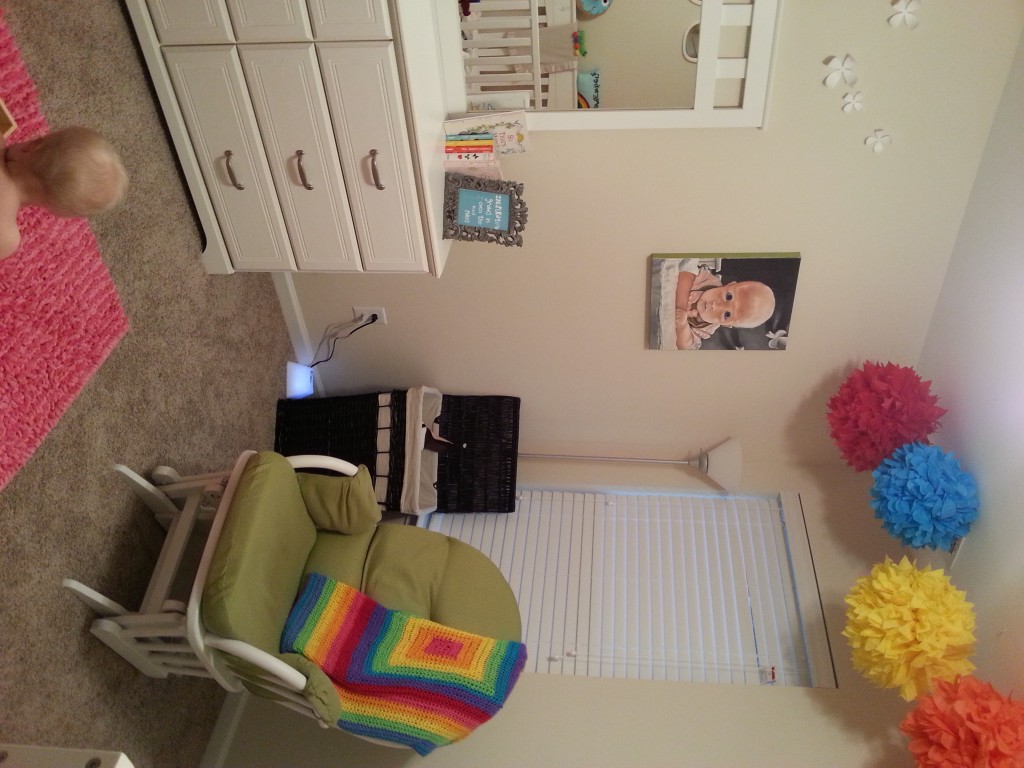 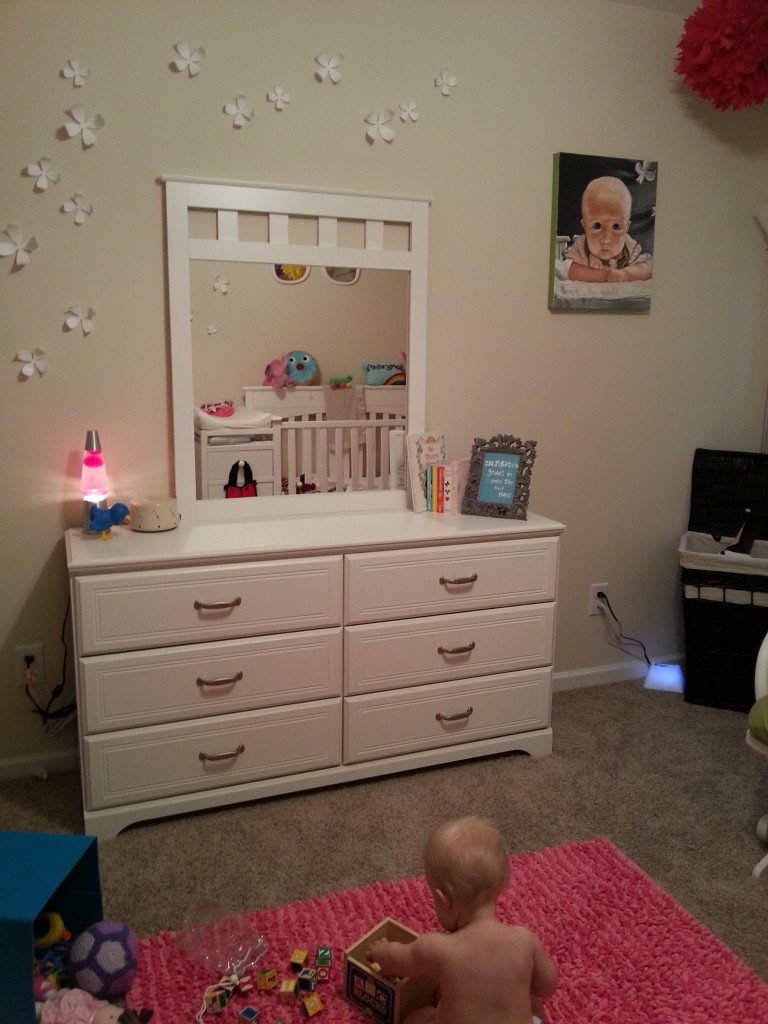 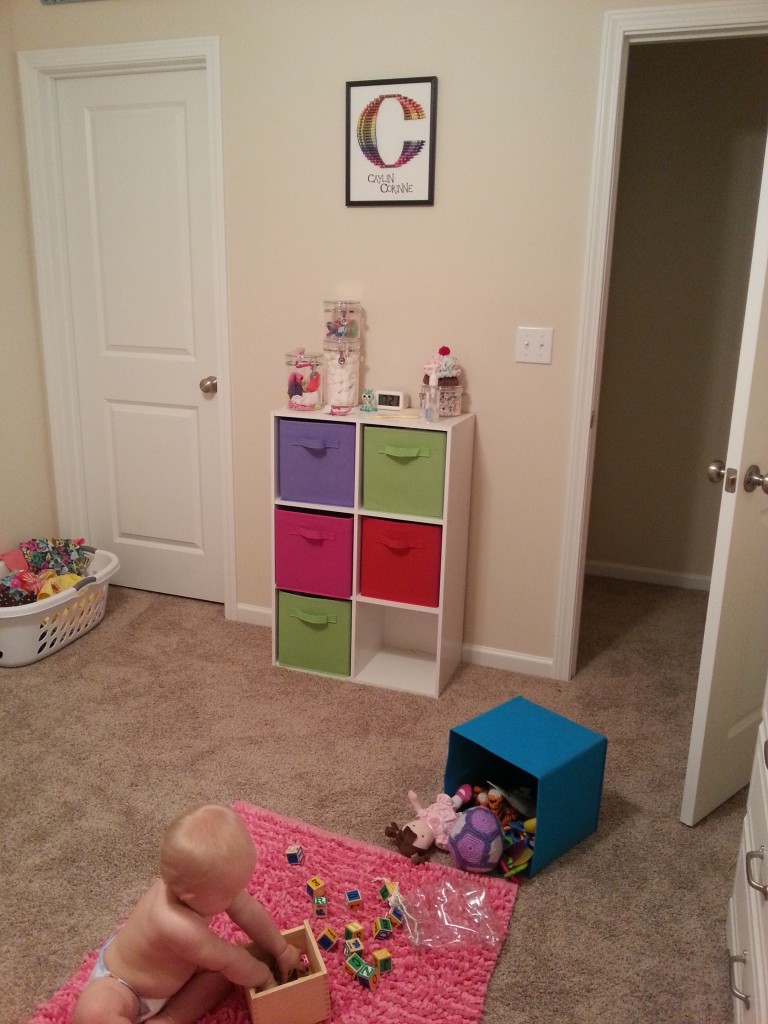 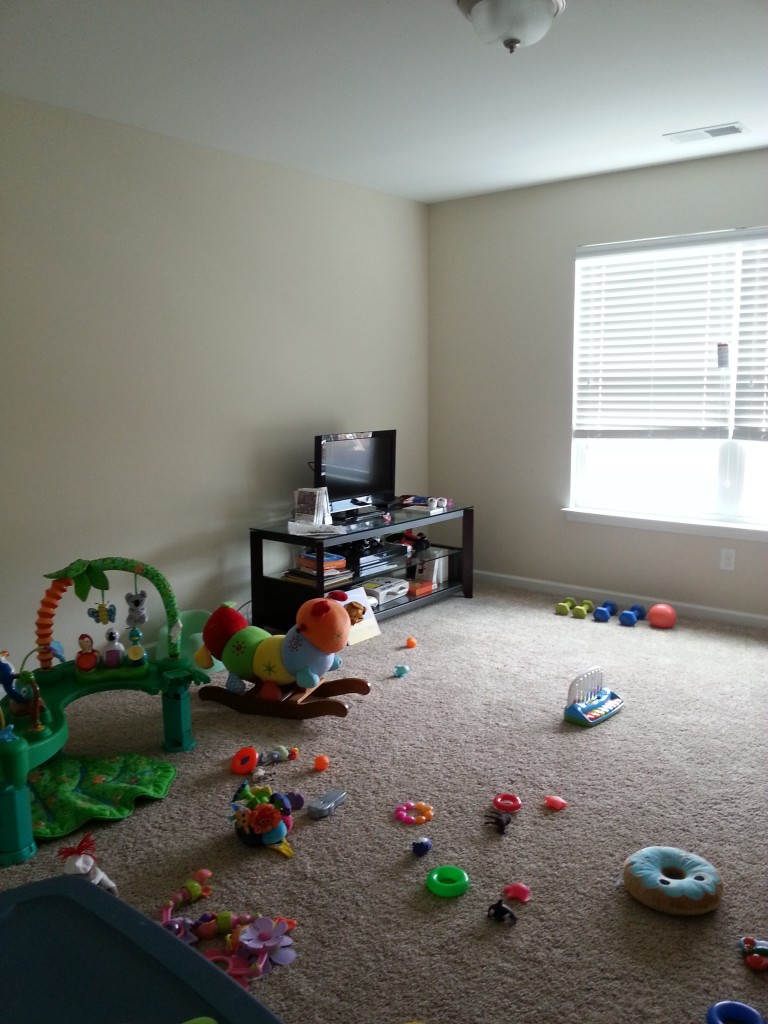 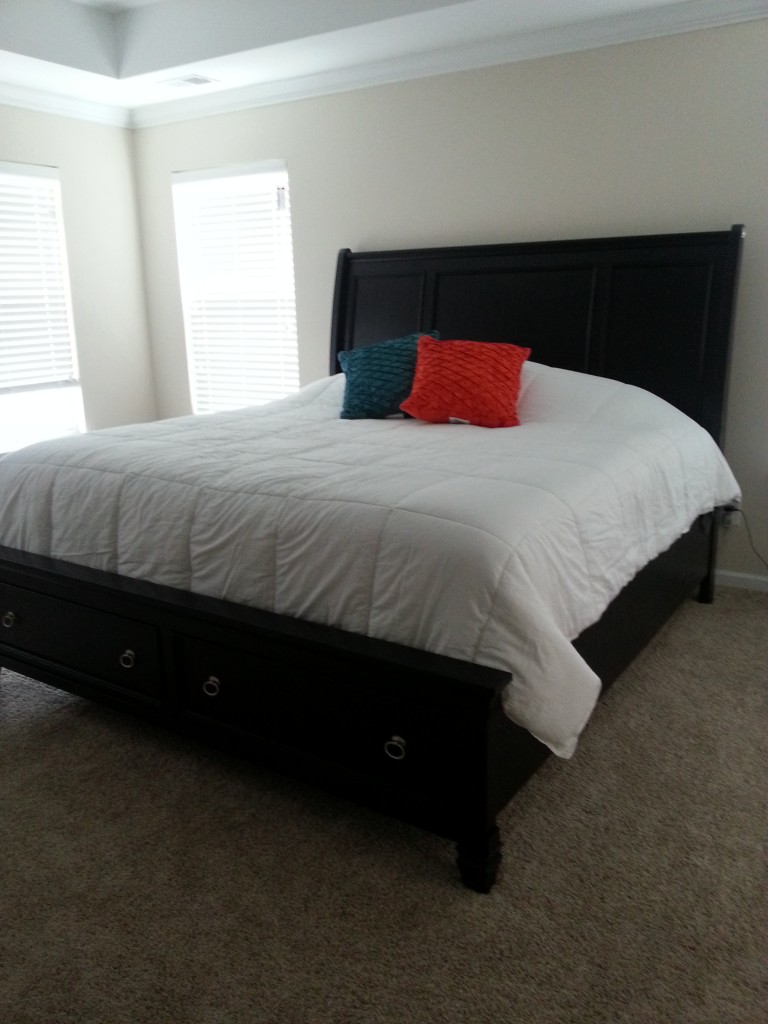 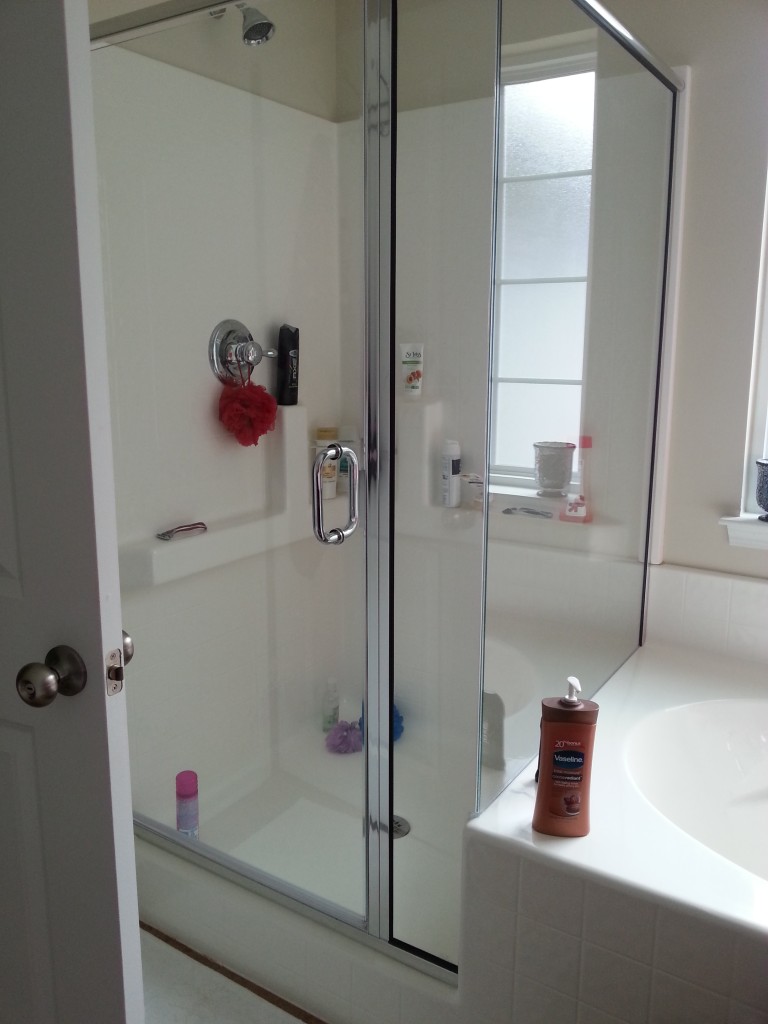