if i could count the number of times caylin says no on a daily (or even hourly) basis, i would. but i can’t. because it’s her favorite word. it’s practically her only word.

sometimes she’s just being goofy because she knows we’re being goofy. so she’ll say no just to say no. but most of the time, it’s a defiant NO!, and a tantrum usually follows.

like every other phase, this, too, shall pass. she is 2, after all. i suppose that’s what they do at that age. it’s incredibly frustrating… makes you want to throw her across the room. but 5 minutes later she’ll win your heart over with hugs and kisses and her tiny adorable voice.

i can’t get enough of it.

lately she’s into watching frozen, brave, and tangled. and so am i. of all the “new” disney movies, those are some of my favorites. we saw brave in theaters when i was pregnant, and caylin finally watched it over thanksgiving break. i almost forgot how good it was. between the music and the accents, i’m sold.

thing is, i have a plex account, netflix, and amazon instant video. but when we’re in the car, the only way for us to get movies on the ipad is either my hotspot or to just wait until we reach destination Y. and sometimes it’s nice to just hand it over and let her play games and watch movies. so i bought 3 movies–toy story, frozen, and brave. and she watches them religiously.

the best part, though, is when she’s in the back seat watching them, and it gets to a song, and she starts singing along. it is by far the most awesome thing i’ve ever heard. it’s so freaking cute.

she’s more into reading now. or rather, having stories read to her. she will actually sit still for them, but you have to be adamant about it. as in, sit still or i will not read you goldilocks and the 3 bears. every night we read 5-6 books before bedtime. usually it’s the same bunch but sometimes she picks 1 or 2 new ones. either way, i love it. minus the squirming and flailing and accidental headbutting. she can’t sit still to save her life.

she’s weird about water lately. or beverages in general. give her milk, she wants water. give her water, she needs ice. tonight while i was tucking her in, she told me her water was “old”. “more water, mommy?” are you serious. it’s a neverending battle. still cute.

still working on please and thank you. she says both, and knows when to say them, but forgets sometimes. ok with me as long as she gets it and says them most of the time.

she really likes peanuts now. and it’s hard to tell if she’s asking for pants or peanuts. i started buying peanuts a lot more when brett was on his no iodine diet (which i have yet to document, that was interesting) because they were something to snack on. caylin got hooked. now she asks for them all the time. “peanuts and bowl, mommy?”

this month she was particularly interested in “cooking”. and by “cooking” i mean putting crayons and magnets in the toaster. mostly because she could stand on her stool and reach all the things we’re always messing with. should’ve known this would be a bad idea. we ALWAYS leave appliances in the kitchen unplugged, always have. but caylin had shoved 2 pens in the bottom of the bagel toaster a couple weeks ago, and that was the end of that. 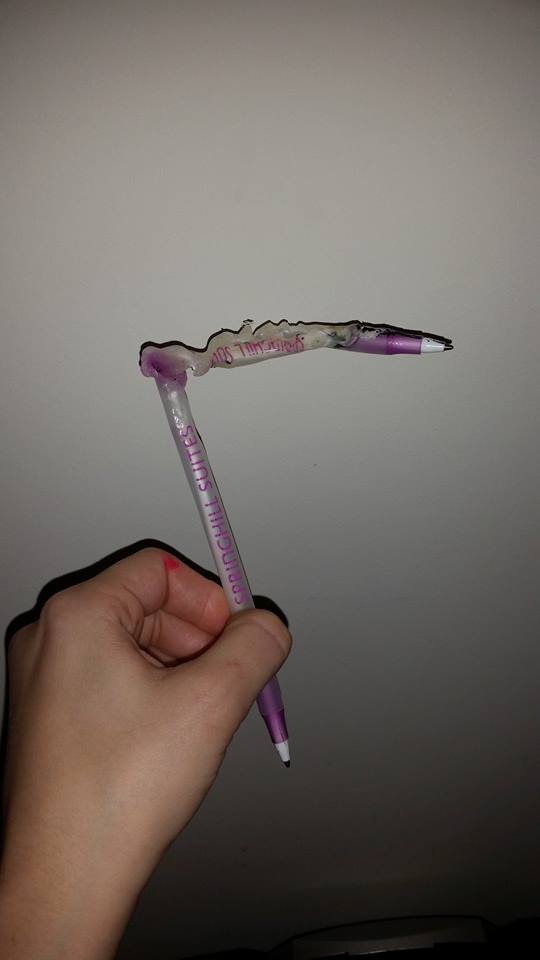 obsessed with stickers, still. but what little girl isn’t?

she still loves to have her nails painted. orange with sparkles is her favorite.

she still helps me put my makeup on in the morning. she sits on my lap and puts powder on and tries to crimp my eyelashes. it’s semi painful but i can’t say no. 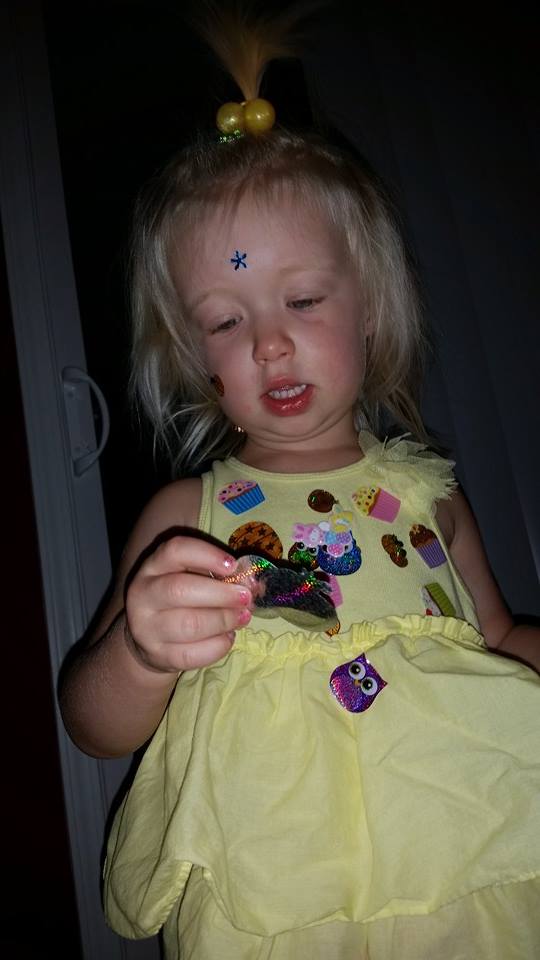 she’s obsessed with shoes. she made brett’s mom empty all 50+ boxes of shoes in her closet, and then made her try them all on. and that is precisely why all 10-15 pairs of shoes in my closet are on a shelf that she can’t reach. yet. i give it a week, because at this point she can practically reach anything i can reach. soon, i will be the only one in this family requiring a step stool for normal, everyday activities.

she’s got a hell of a head of hair right now. it’s out of control. always in her eyes. one of these days it’ll get cut–just have to find time. 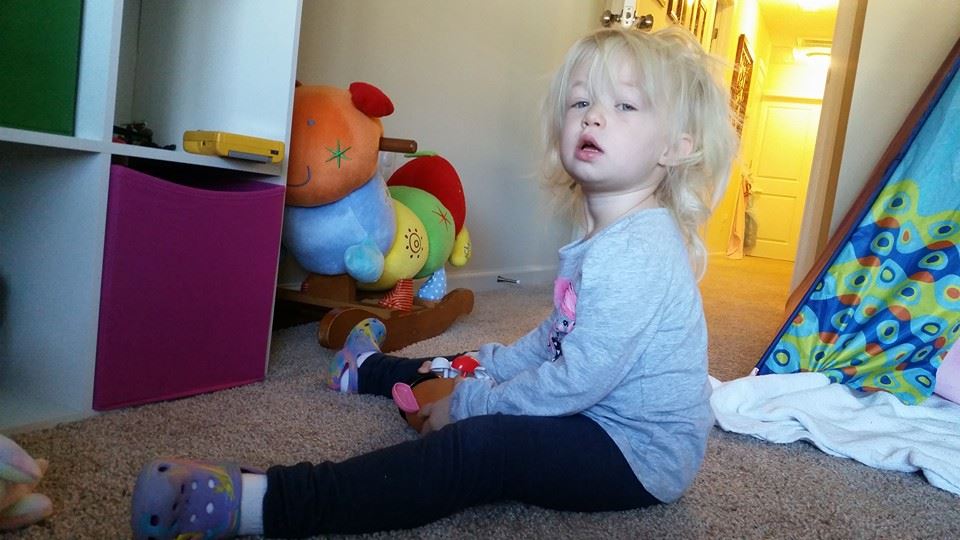 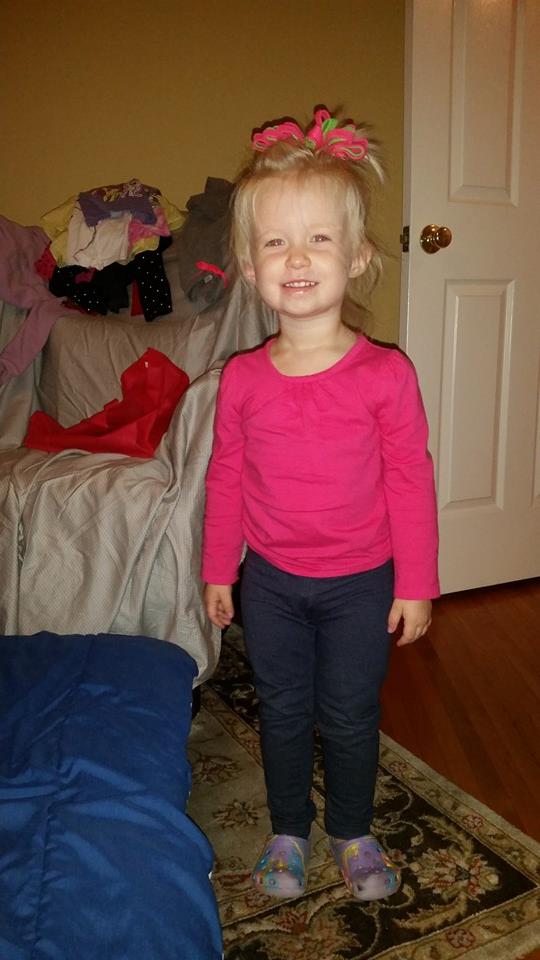 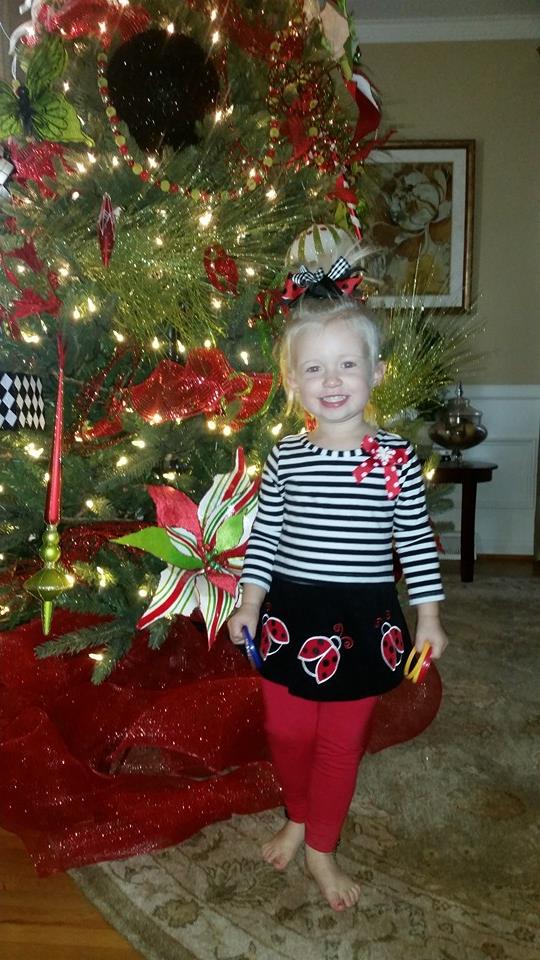 like every other month i’ve posted, there are plenty of things that are difficult at times and frustrating. but overall, i’m so in love with this kid.

New York City, On a Whim

several months ago, brett and i were at home. usual routine–dinner,…

26 Months, Everything is Mine, I've Seen Cinderella 3253 Times

this month, caylin has constantly sounded like the seagulls from finding nemo.…