ohh, i am so… so glad that the first trimester is basically over.

i have never in my life been so tired all the time. i know i said that in the last post. but the person who is usually wired until 1-2am and willing and able to stay up longer… is now frequently cashing out at 10:30pm. this can’t be happening. turns out, it’s hard to burn the midnight oil without that 11pm coffee and half a dozen whiskeys. even my artwork has suffered. i guess the creative juices require whiskey as well.

that’s not to say i’ve let it hold me back from doing anything. i’ve been working from home a lot more–saves me roughly 2 hours a day in drive time, saves money (on gas and lunches), and BONUS i don’t have to do my hair or put on makeup. hallelujah.

still crossfitting 5-6 days/week, and i’ve been running a lot more.

i went to the AWS conference in vegas last week, which was exhausting in and of itself (vegas, 30k people, non stop talks/sessions/events, so much walking, work on top of it all, intense homesickness). kept up the workouts while i was out there as best i could (not the best gym for it), and subbed running 2 miles if i couldn’t.

everything else has been pretty much business as usual… with a lot more emotions and a shitload of TIRED.

luckily, i feel the exhaustion wearing off week by week. i’ve felt much better energy-wise this week compared to others.

to be honest, the exhaustion is the only “symptom” i’ve had so far this pregnancy.

not showing yet, either. i think it took 5 or so months last time. assuming it’ll be faster with twins, and a second pregnancy. i’m at 127 lbs, as of today. turns out, our scale was broken, and not in a rewarding way. i thought i was 118 pre-pregnancy, when i was actually 122 or 123. not a big deal, but it’s not fun finding out you’ve been 5 lbs off track in the opposite direction! so i’ve gained 4-ish pounds in 3 months. taking 7 vitamins a day + thyroid meds (oh my god so many pills), and eating until i’m full. 600 extra calories a day is a whole meal assuming it’s healthy–otherwise i could just destroy a double cheeseburger. but i think that’s frowned upon as a midnight snack.

so far, i’m just enjoying guilt-free chocolate. and a lot of extra fruit.

when i was pregnant with caylin, i had morning sickness. not bad, but enough to make me throw up on several mornings. at home AND at work. and that one time i threw up while i was driving to work because north charleston smells that bad. i’m counting my blessings i’ve made it this far without a hiccup.

it’s just weird because this time around, i don’t even feel pregnant besides the obvious hormonal changes.

i had my 12 week ultrasound yesterday, and it was the first time i could actually hear the babies’ heartbeats. prior to that, they were still too small so we could only see it on the screen. so that was exciting. they were so much bigger this time around, 6cm instead of ~2. doctor says they’re growing “better than normal” and that everything looks great so far. they were rolling and wiggling all over the place the whole time i was in there. the nurse seemed to think we’d be able to determine gender by the next ultrasound (1 month), so fingers crossed for that! i’d like to get started on a nursery. and names. oh god. 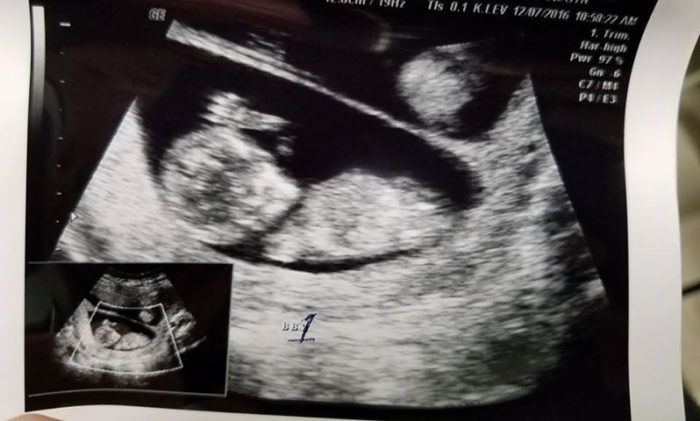 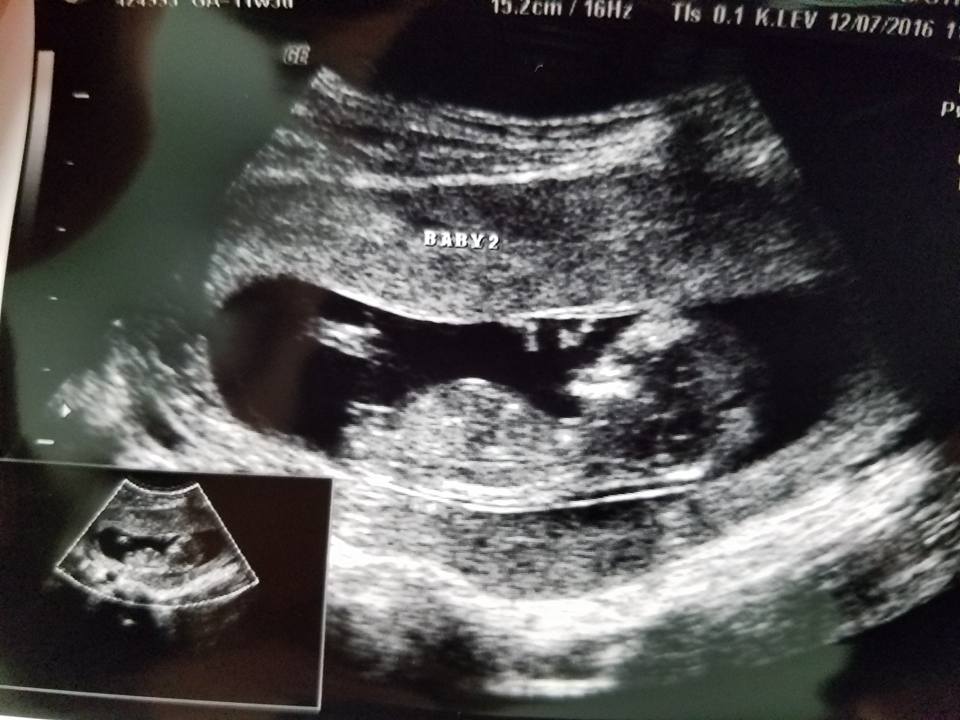 side note: it’s amazing how much you can forget in 4 years. i barely remember these parts of being pregnant with caylin. i’m thankful i wrote things down, which is why i’m making a point to write it all down again. 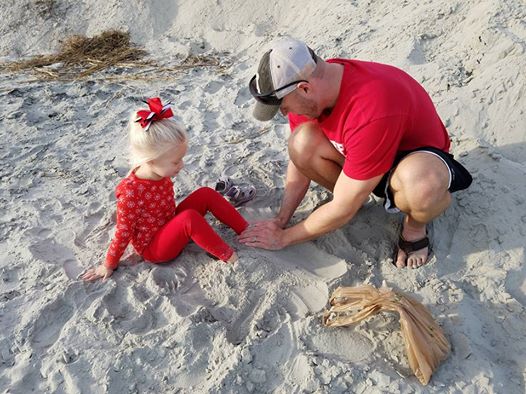 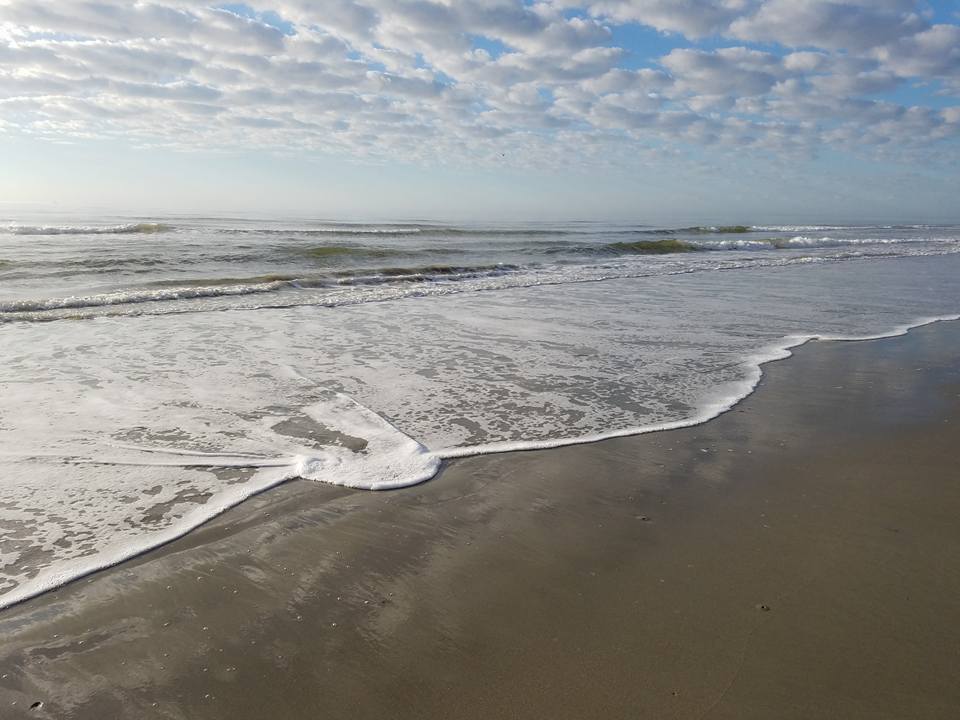 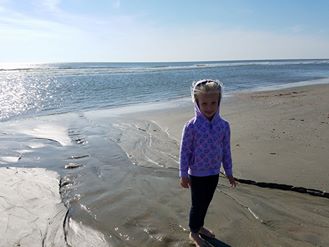 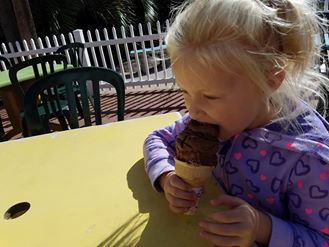 besides the pregnancy, and being gone for the conference last week, we’ve been busy.

we spent thanksgiving at a beach house on isle of palms. we split it with brett’s parents and grandparents, and my mom came on thanksgiving. it was nice to be out of the house for a few days and not worry about the logistics of actually hosting thanksgiving. brett and i went running on the beach every morning, roughly 2.25 miles. the first time we went, it dawned me that i’d never actually gone running on the beach before. it’s a shame it took me until 30 to do that, but at least i got to take the twins with me. :) 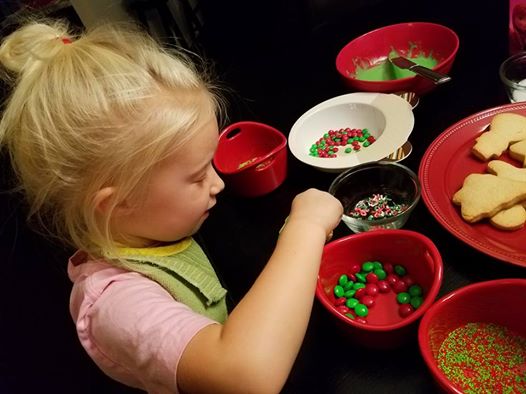 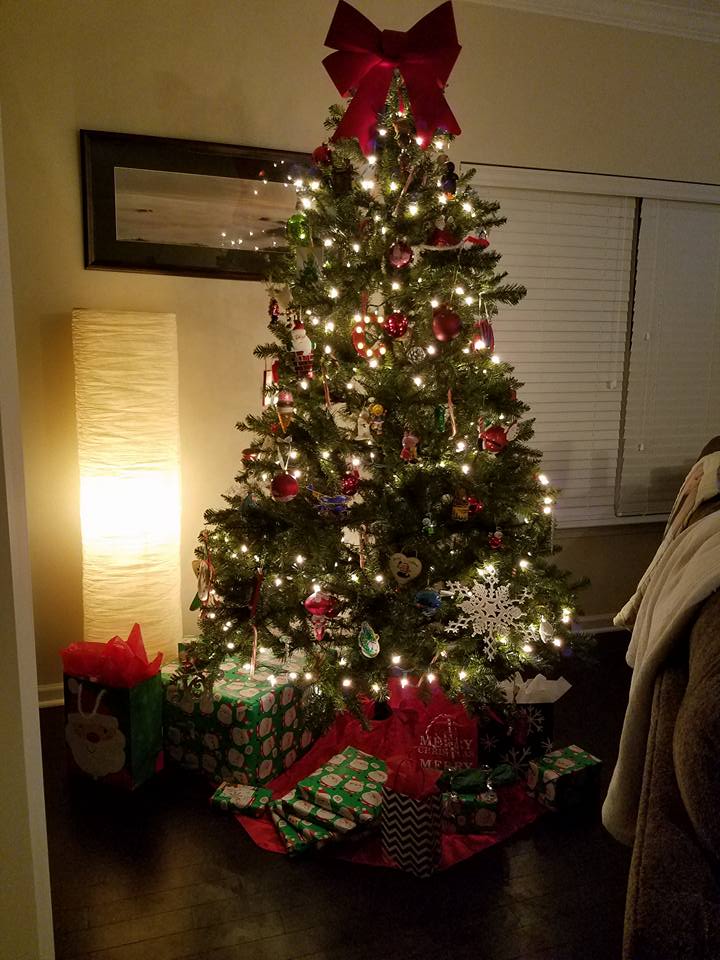 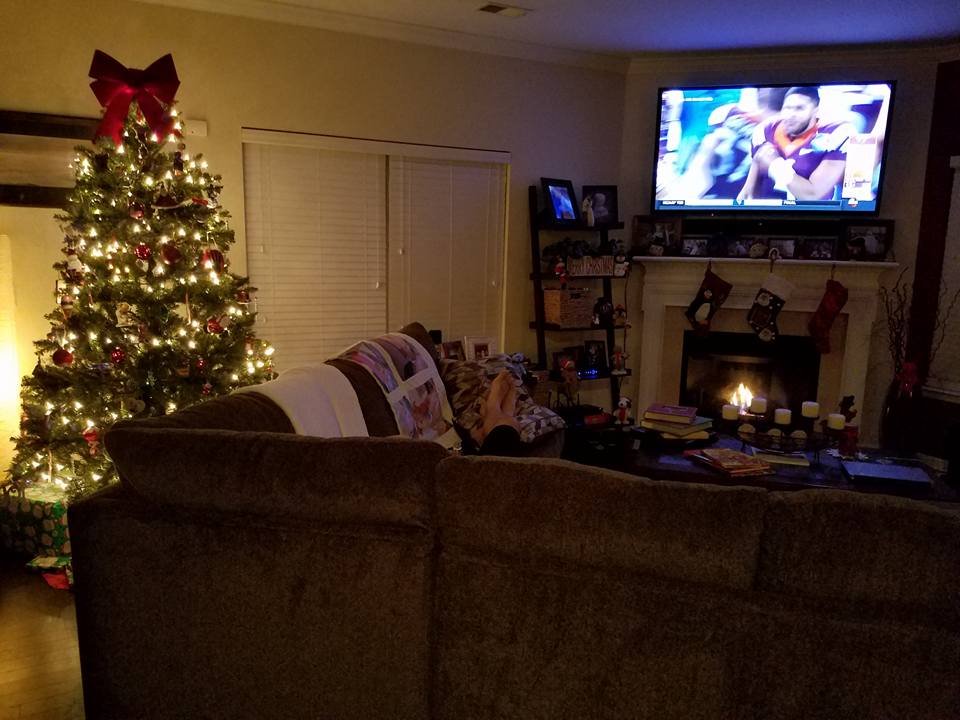 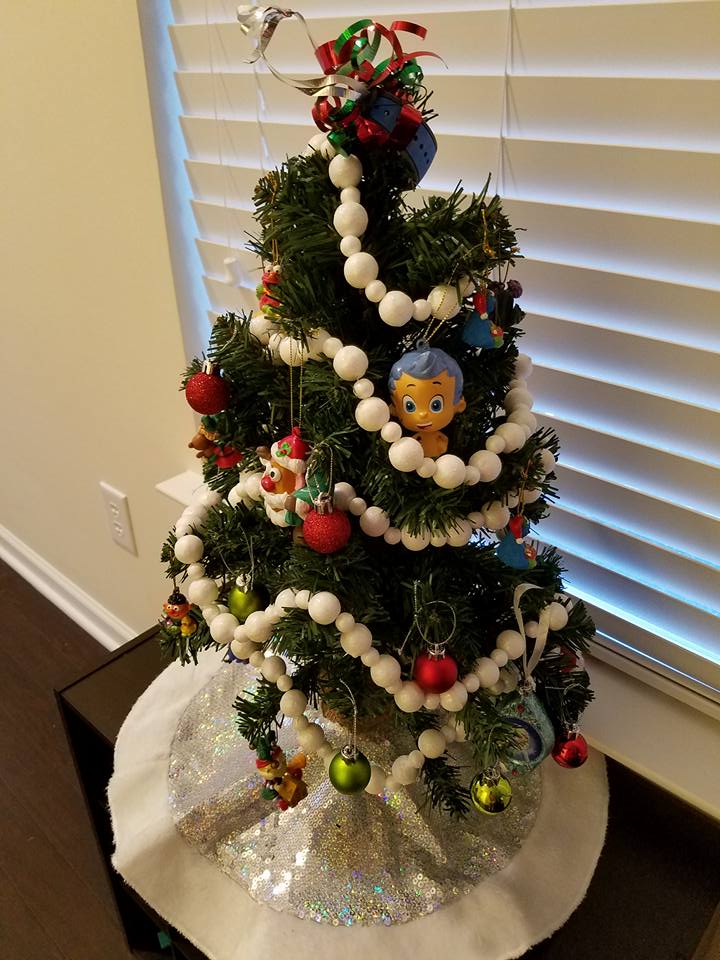 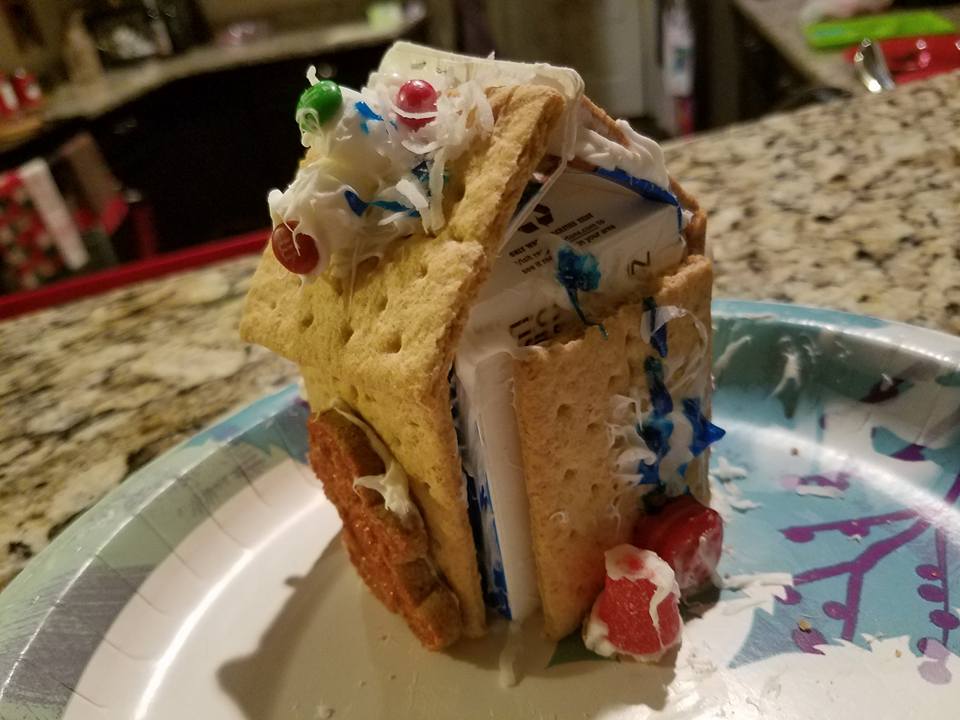 after thanksgiving and vegas, i was able to get the house ready for christmas. well, most of it anyway. we still have to put the lights up on the palm trees in front, and put the ornaments on the ugly tree in the middle of the yard, but the inside is done. caylin helped decorate her little tree, and also the big tree. she made a gingerbread house at school this week, so that is decorating the kitchen table. kind of. someone keeps eating pieces of it.

i have to interrupt myself here for a minute, and say that the worst and only bad part of 1) this pregnancy, and 2) this christmas, is not having loki around. loki snuggled with me for hours a day when i was pregnant with caylin, her chin always resting on my stomach. thor has gotten quite clingy since i got pregnant, which is fine, more so than last time. maybe it’s because loki isn’t around. but it’s just not the same. i knew i’d always miss her being gone, but i never knew how hard it would be. especially now.

moving on before i start crying. every year, caylin has at least 1 handmade/crafty ornament, and then she picks out at least 1 new ornament when we go shopping. this year, she picked out peppa pig and dark (darth) vader. i’m slacking on the handmade one, though. we have so many clay handprint ornaments now, so i’m pinteresting (can’t believe i just wrote that) for other options.

she started her second round of swim lessons last week. the last teacher recommended she level up, but our YMCA doesn’t have a level above the one she just took. so the new teacher is basically just pushing her a little further every week. she still loves swimming, and really loves the class again. hopefully we’ll get her enrolled in gymnastics or soccer soon, too.

1 child is busy enough–i am having a hard time wrapping my mind around what we’re going to do with 3.

i have absolutely no idea.

WHAT DO YOU DO WITH 3 CHILDREN.

WE CAN DO THIS. 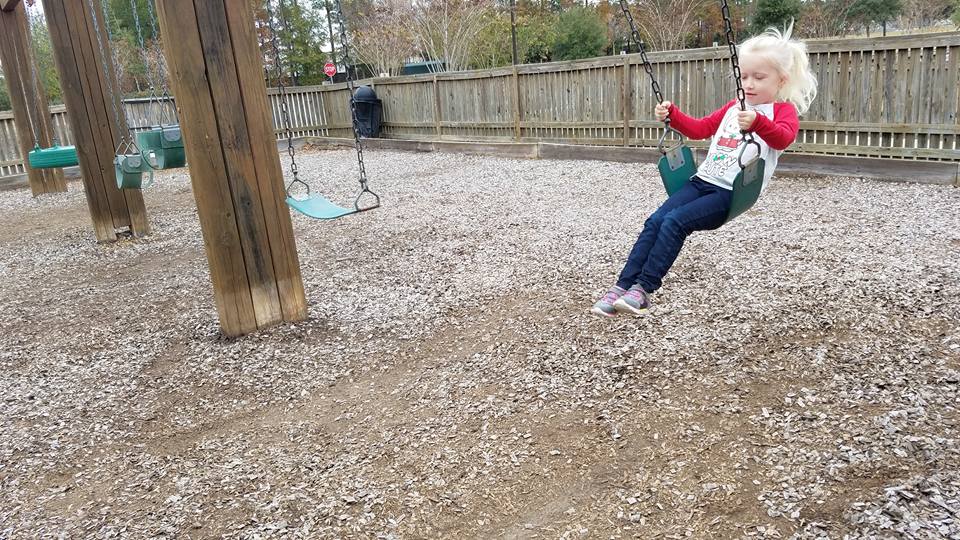 holy. shit. this post is way late, but i’ve been tired…