the twins turned 10 months old this weekend, and caylin is 5 and a half.

it's hard to believe that so much time has passed already.

they're not crawling yet, but there's a lot of rolling around and scooching. ella is a lot more mobile than zoey, for whatever reason. she's always been a little bigger/ahead. last night, it took 3 tries to get ella to actually lay down and go to sleep instead of rolling over and scooching around the crib. that was a first. meanwhile, zoey was out like a light.

zoey is definitely the more laid back one, at least for now. ella wants to be carried around all the time and wants all the attention. and because of that, i always feel bad for zoey and try to make up for it when ella is done fussing.

they're definitely getting feisty. they steal each other's pacifiers and bibs and toys any chance they get. yank it right out of the other one's mouth or hand if it's within reach, so usually we sit them a little spaced apart. although, that's not as effective now since they're trying to crawl but not quite there yet. they just kind of go for it and end up rolling around smacking each other.

they have the cutest (and very distinct) laughs, and omg they're just so fun to watch.

i have to say... the hardest part of 3 kids is giving them all the attention i want to give them. i wish i could split in 3 so i could hold/hug/play with them all at the same time.

the twins are still sleeping through the night, with the exception of this week. i think they caught a cold. everyone was a little messed up this week. caylin got sick one night and was throwing up all night, and then the girls were all stuffed up and crying off and on throughout the night a few nights. a couple times we just had to let them cry and finally pass out.

i can't stand doing that, it kills me, but they don't like to be cuddled (which also kills me) and if going on a walk doesn't help, not many other options.

big sister has been doing better. the attitude is still a problem after school, and the whining, ohh, the whining. but she's been doing better with the babies. i don't have to say, "don't shake the babies" nearly as often. always a plus. zoey even sat in her lap for a while the other night and they goofed around.

the babies love her, though. they light up when she comes up to play with them and get all wiggly and they laugh and shriek. it is one of the cutest things i've ever seen. they lay on the couch and she'll squeeze in between their pillows and show them her ipad, and she'll play music and movies for them.

she mastered the monkey bars recently and is doing awesome at gymnastics. she practices riding her bike without training wheels in the yard, and is coming along. she's also becoming quite the acrobat on the bars on the playground, and is getting better at tying her shoes. doing awesome at school. love seeing her get so proud of herself.

the babies are still on formula but have been eating baby food for a few months now. and holy crap, they eat a lot. it's nice that they're not going through so much formula (they squirm and mess and goof off through half of their bottle anyway), but we go through like 8 baby food packs a day. it's nuts. no teeth yet, so still the pureed/mashed stuff. i know one day i'll almost miss the smell of formula again, but i'm ok with it being less frequent for now.

we've been going on a lot of walks lately now that it's light in the evenings again, and getting a lot warmer. i do a 3 mile route around the neighborhood when it's just me and the twins. when caylin comes (which is mostly just the weekends lately), we usually end up at the playground for a while and she takes her scooter.

seems like the evenings are a circus act. brett goes to the gym and to pick up caylin, mom leaves, i get home and take over the babies, and i immediately start getting dinner ready. get that done, take the babies on a walk for a while until they get home. dinner. i cram a workout and shower in while caylin plays and brett takes over babies. caylin usually practices her cartwheels and handstands while i wrap up my workout and then she gets ready for bed. feed babies, and put them to bed. he says goodnight to her, then i hang out with caylin for 30-45 before she goes to sleep. books, sight word practice, science and cooking videos, and snuggles.

the weekends are even more ridiculous. because it's all of that... all day long. babies eat when we wake up, around noon, at 4-5, and at bedtime. the rest of the days revolve around that schedule. it won't last much longer, i know, but man it's exhausting.

there is truly not enough time in the day. 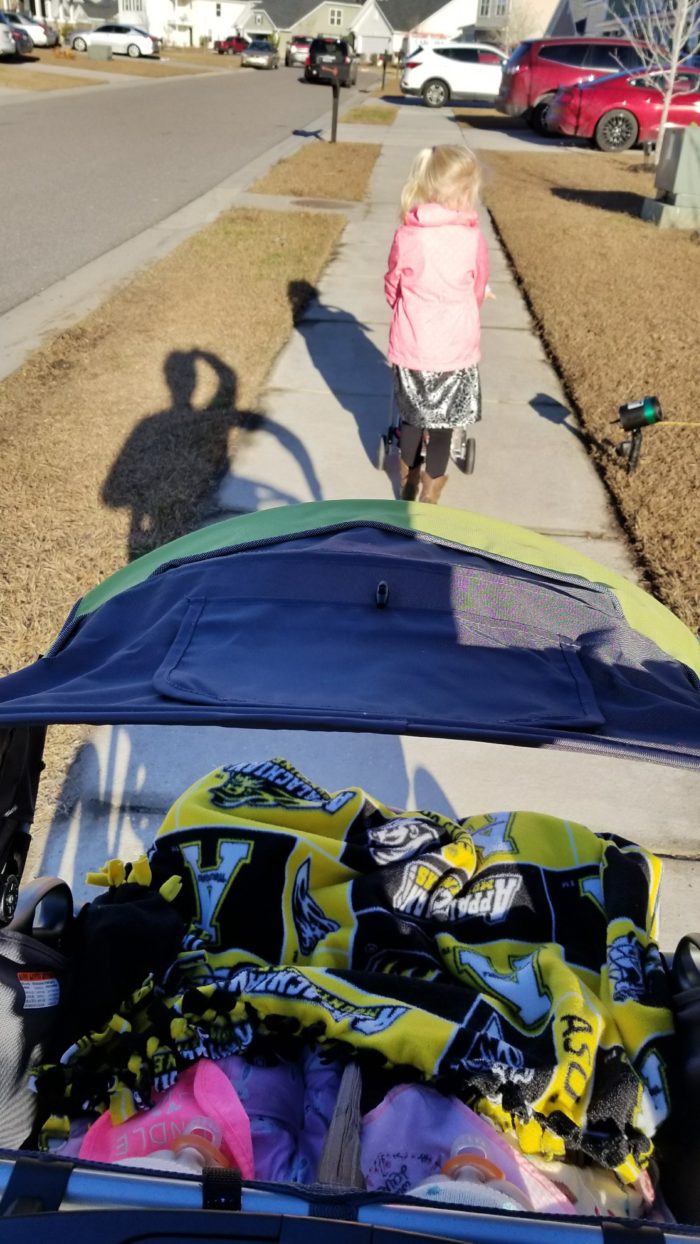 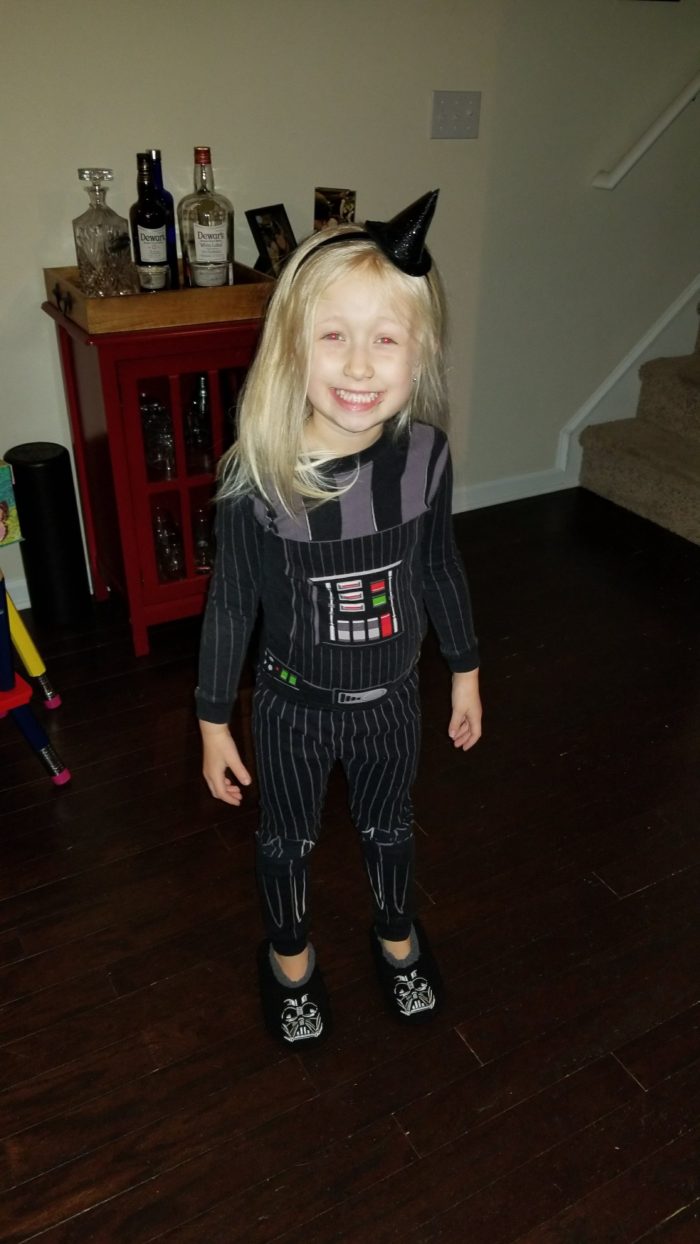 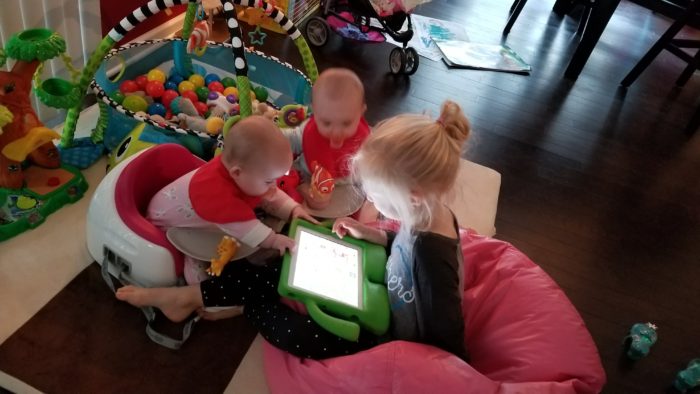 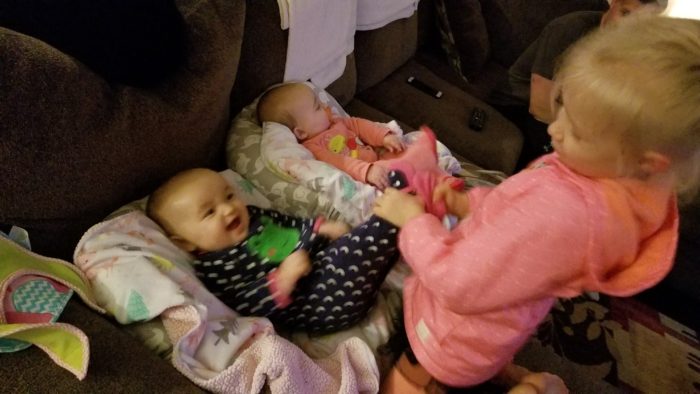 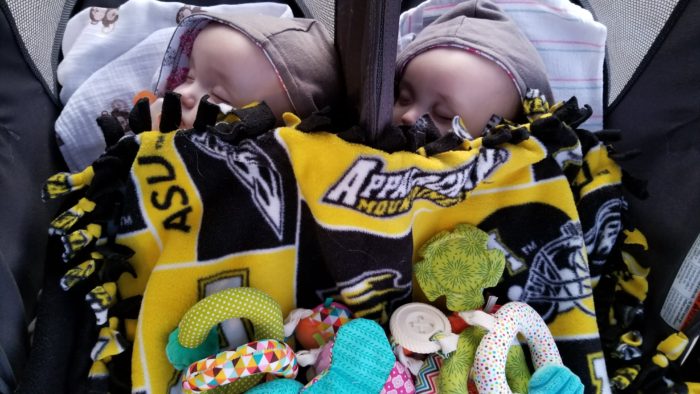 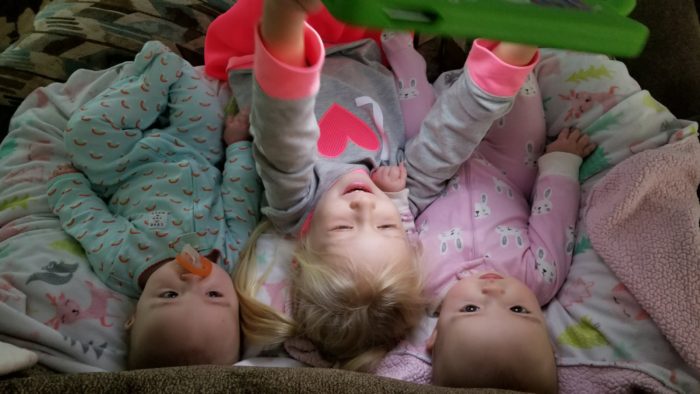 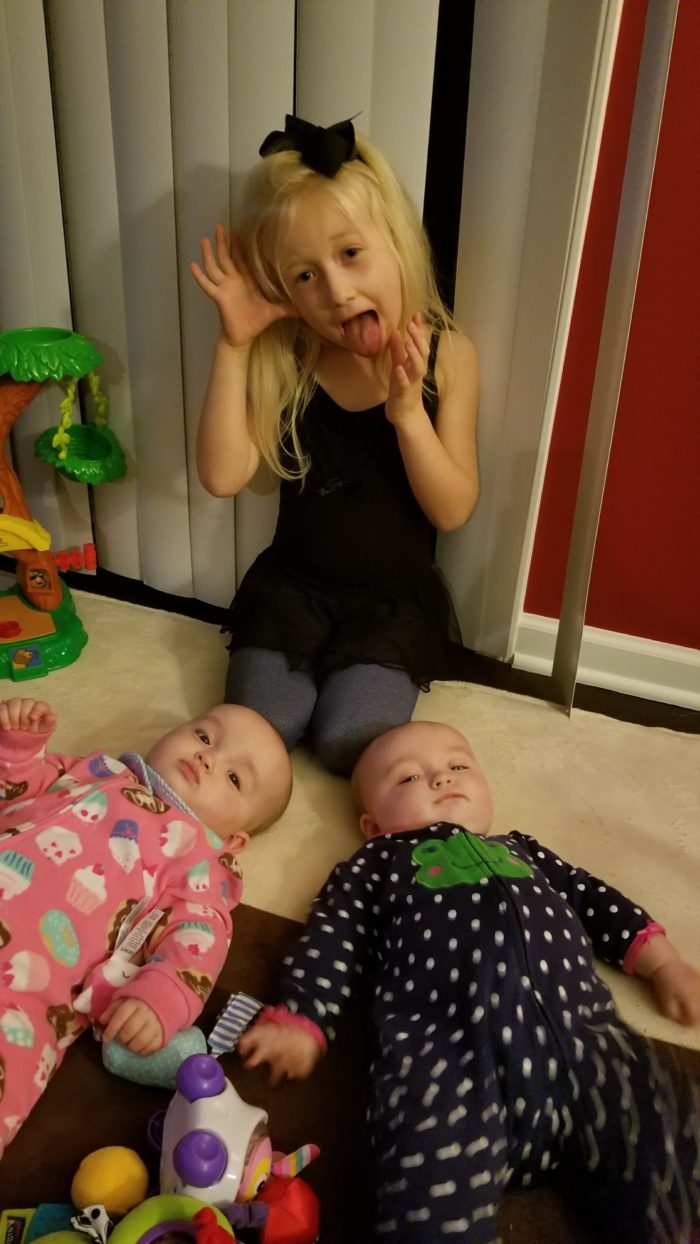 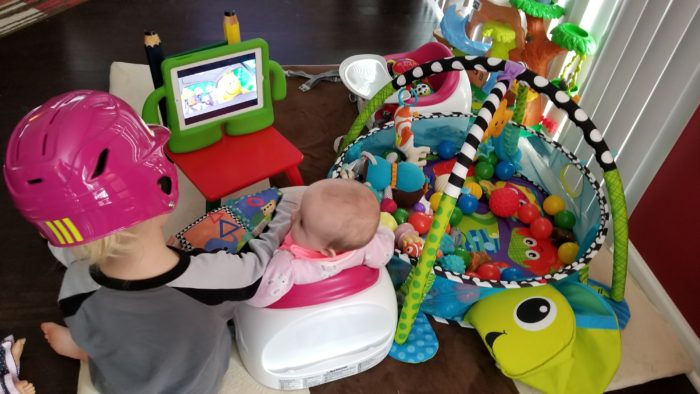 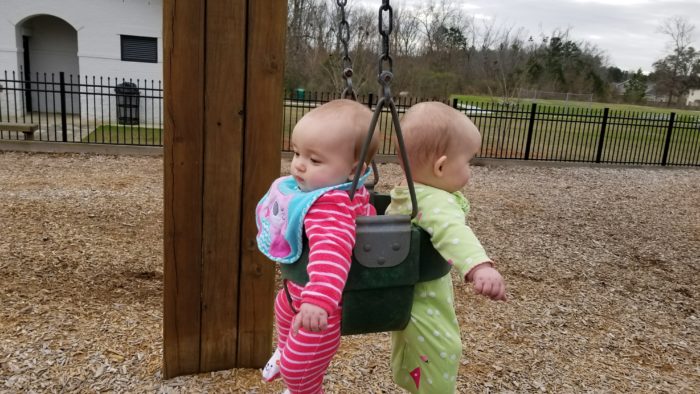 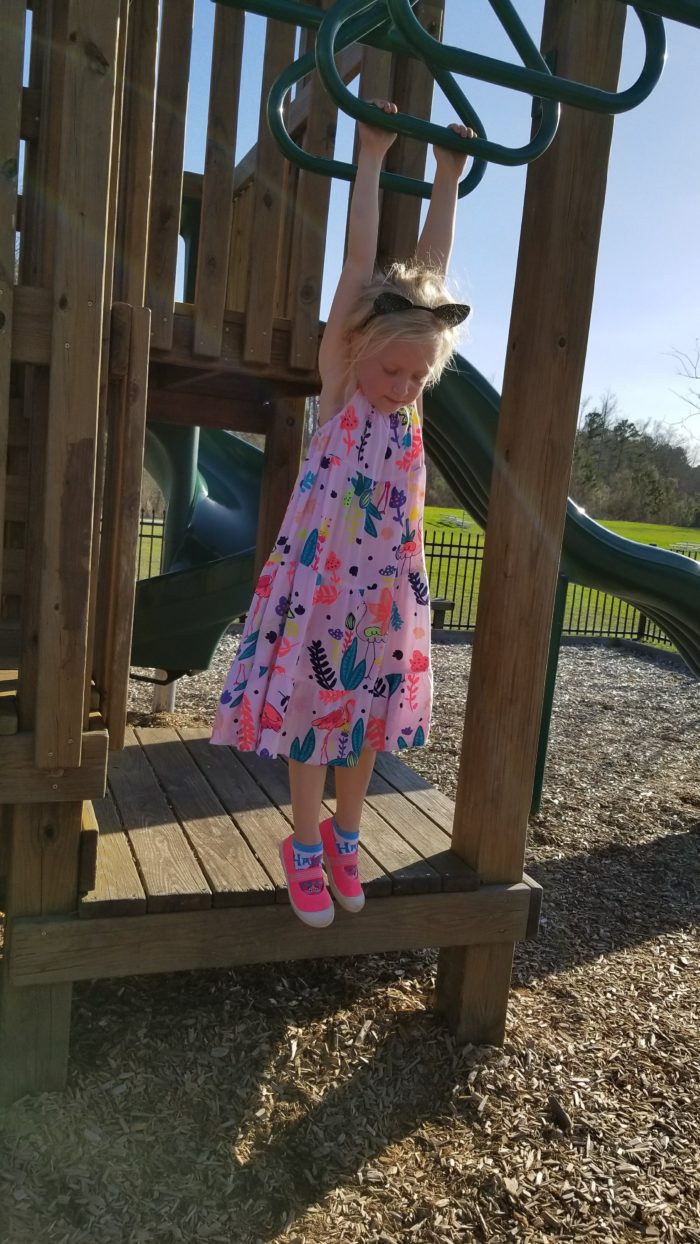 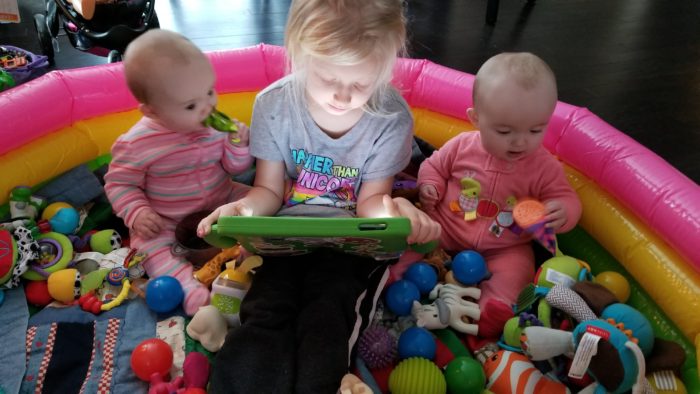 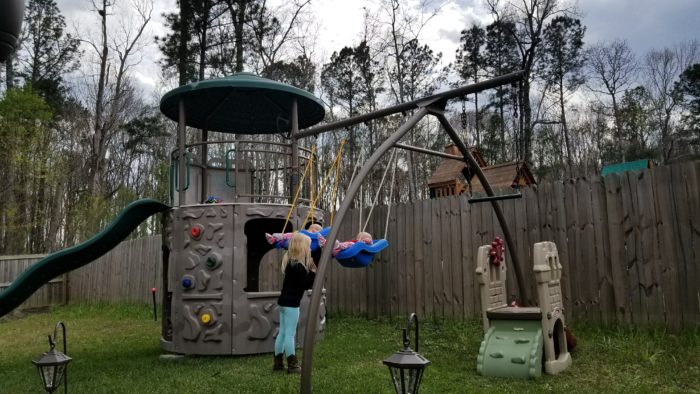 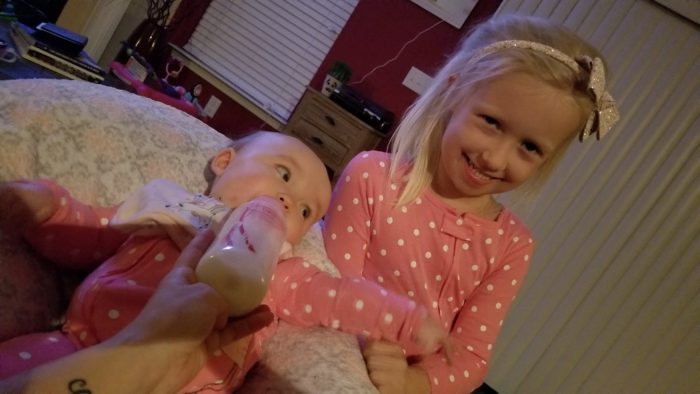 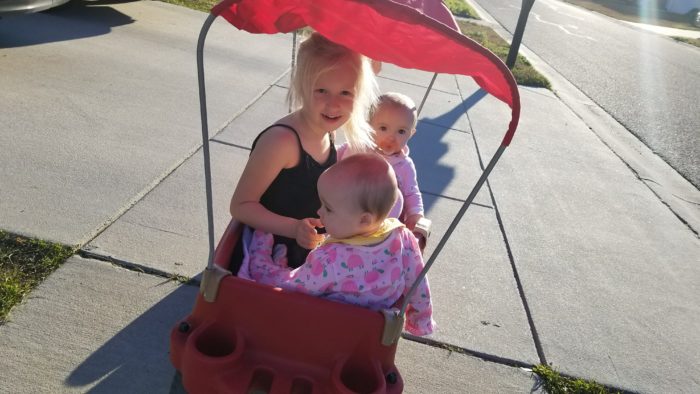 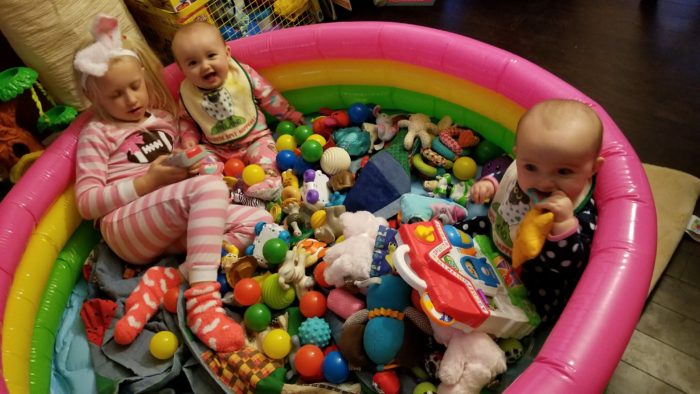 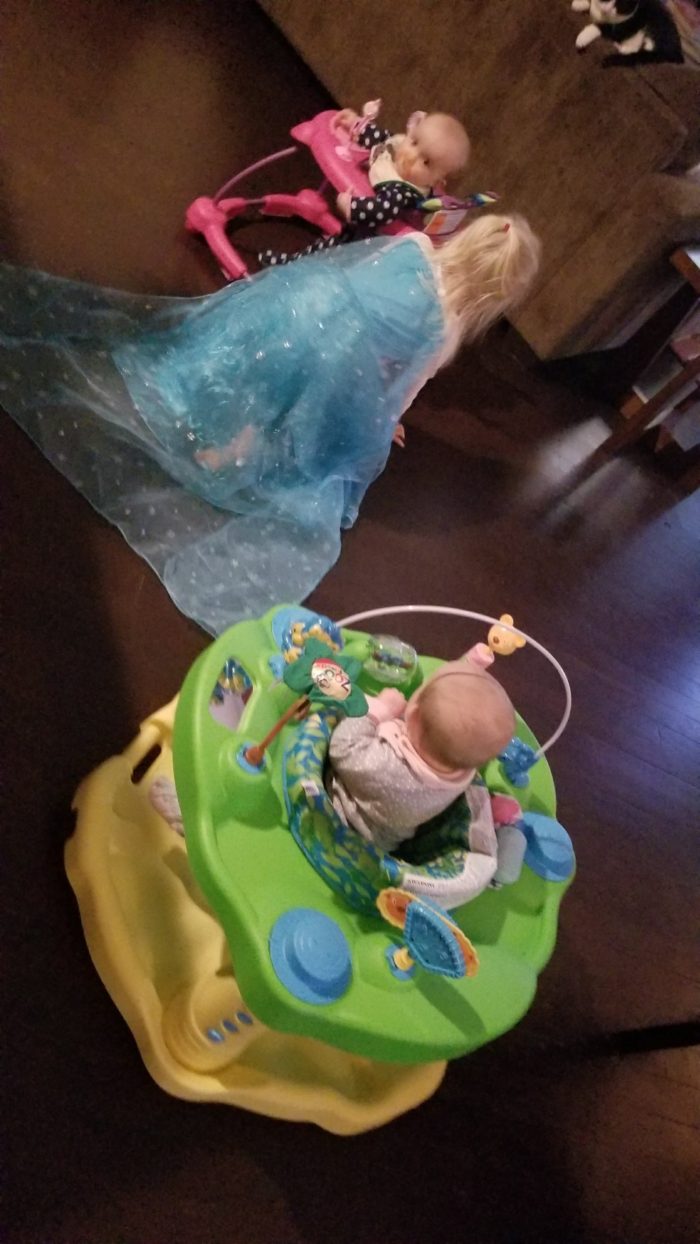 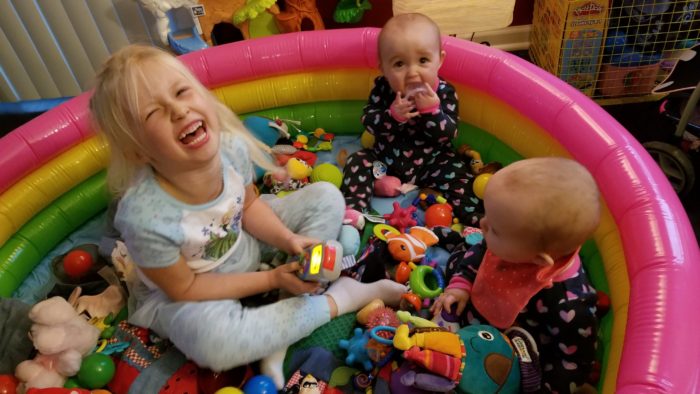 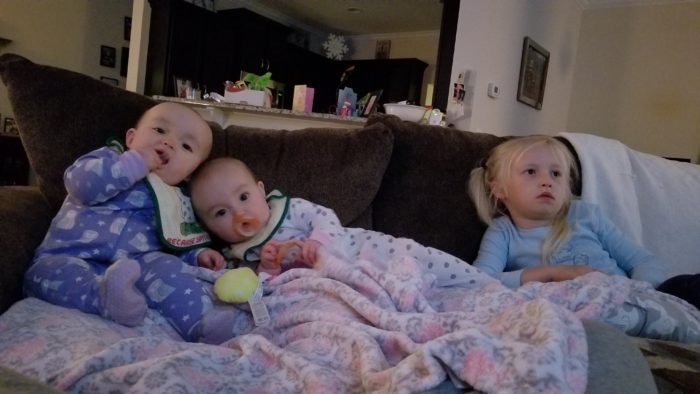 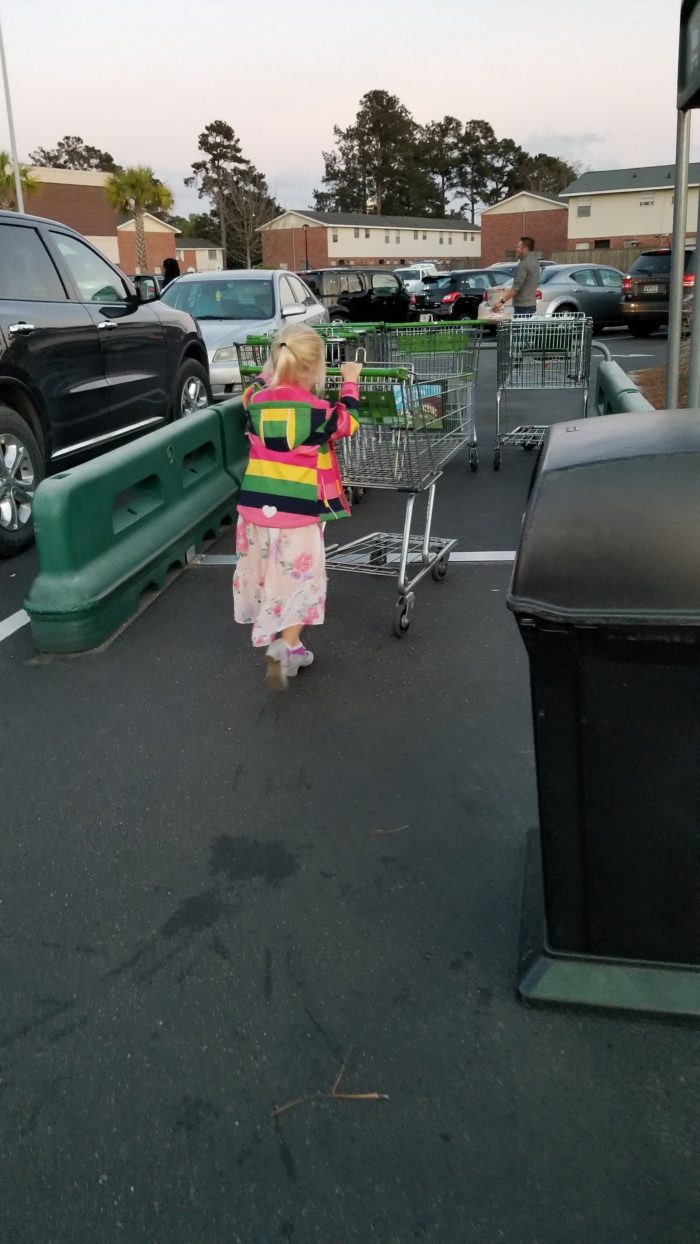 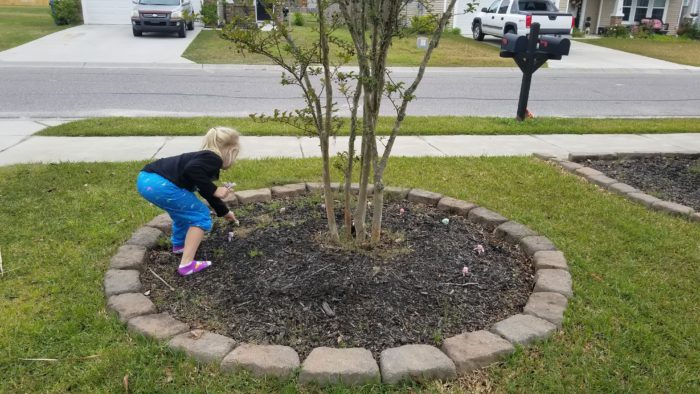 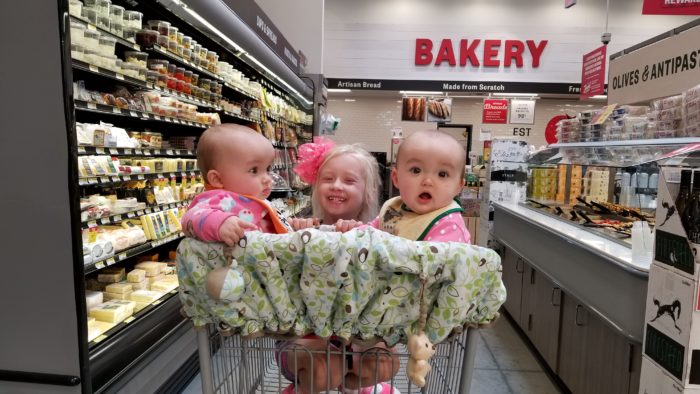 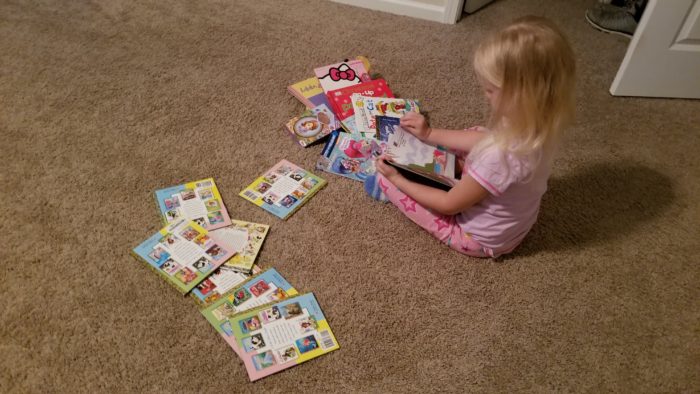 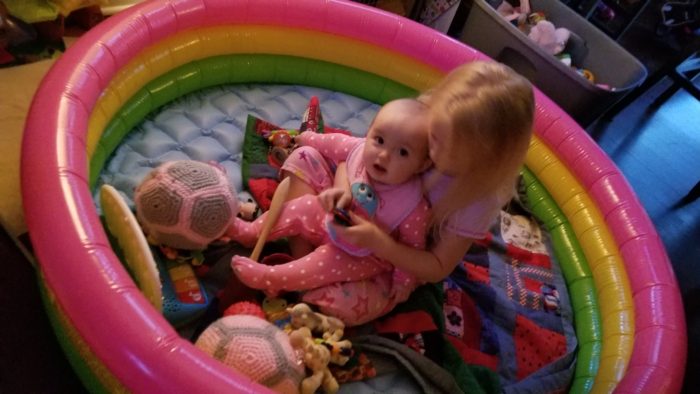 the twins turn 1 at the end of this month. i was…

thanks again to the incredible people over at @ubnt, i have some…